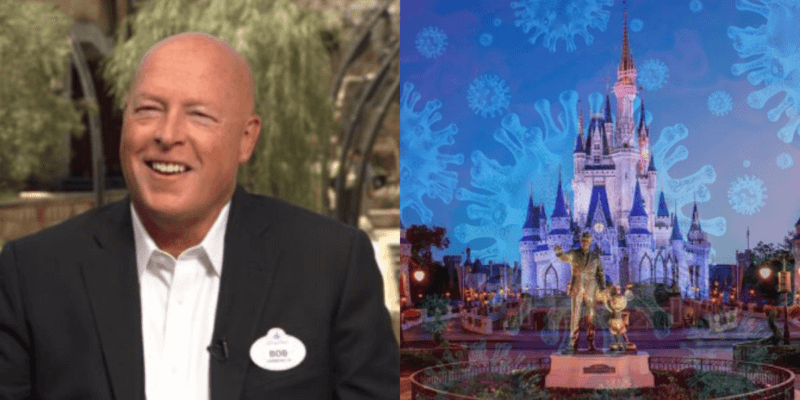 Bob Chapek’s legacy as Disney’s latest CEO will forever be linked to the 2020 global pandemic, and he has faced challenges that no other Disney CEO has ever faced: a complete multi-month shutdown of every Disney theme park and resort around the world.

And Chapek was given the reigns just as the pandemic was spreading around the world and several of the theme parks still had not closed its gates. One has to wonder what it was like to only just be named the new Chief Executive Officer of such an entertainment giant and be forced to almost immediately run such a gauntlet.

During an interview with CNN, Disney’s new CEO shed some light on what it was like to be that leader in such tumultuous times:

CNN: The last three months have been unprecedented to the world, but also to Disney World. You became CEO as the Covid-19 pandemic turned the economy and the company upside down. How are you personally leading through this crisis?
BC [Bob Chapek]: Well I think, you know, you return to your roots. You return to the fact that we have something that is the envy I think of every company, which is, one of the strongest — if not the strongest — brands on Earth, unbelievable casts that are passionate about what they do, about the magic that they deliver to our guests.
We’ve got an unbelievable wealth of franchises and content that we can create to put on places like Disney+ or in movie theaters. So, really, our strength in the past is our strength in the future. And that’s what will drive us to that restoration of the magic. And so, I’m bullish about the future. I’m extremely bullish about the Walt Disney Company and its ability and its mission to create those magical memories that last a lifetime.
Related: CEO Bob Chapek Tells Disney World Annual Passholders Why They Should Still Visit

If anybody understands the true strength of the brand and its assets, it is Bob Chapek. Previously Chairman of Disney Parks, Experiences, and Products, Chapek comes with an intense understanding of almost everything the Walt Disney Company has to offer and their ability to endure hardships such as the pandemic.
Confidence in Disney’s brand and assets is also what Chapek is using to lead the company into the future:

CNN: We spoke to each other this week last year. You were chairman of Disney Parks and you were opening Galaxy’s Edge. Now, you’re the CEO of Disney, and you’re reopening Disney World. If we speak to each other next year, what do you hope we’re talking about?
BC: I think we’re going to be talking about the vibrant recovery of the travel business, the vibrant return of passionate guests to Disney experiences around the world and restoration of the magic that everybody wants so much.

The next step in that recovery is the phased reopening of Walt Disney World Resort in Orlando, Florida which Chapek hopes to begin with reopening Magic Kingdom and Disney’s Animal Kingdom on July 11, 2020, followed by EPCOT and Disney’s Hollywood Studios on July 15, 2020.

How do you think Chapek has done leading the Walt Disney Company through this pandemic? Let us know in the comments!