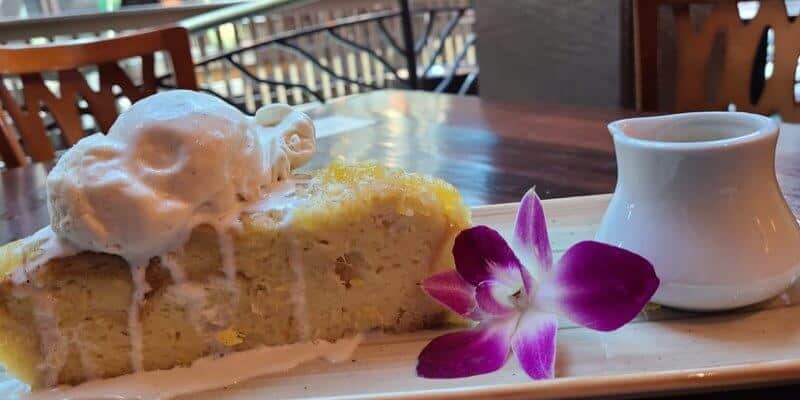 When Disney’s Polynesian Resort opened in the Magic Kingdom at Walt Disney World in 1971, it soon became one of the most popular Resorts in the Disney community.

One very special detail Disney is known for is always renovating and reimagining their brand, and so this Walt Disney World Resort has gone through some intense renovations. Most recently, Disney is gearing up to officially open up the newly renovated standard rooms at the Polynesian Village Resort, which are now filled with gorgeous and detailed Moana-inspired theming.

The monorail is also going through some huge changes, all part of the new renovations happening across the Resort, but there is one big change that has happened recently to the Polynesian that leaves some Guests downhearted.

Due to the pandemic, the popular restaurant, ‘Ohana, remains temporarily closed. However, Kona Café, which is right next door, has since reopened and is serving Guests!

But, with the temporary closure of ‘Ohana at the Polynesian Resort, which typically features a family-style breakfast with Lilo, Stitch, Mickey and Pluto, as well as a delicious Hawaiian family-style dinner at night, it leaves Disney Guests missing the best part of ‘Ohana (and one of the most iconic Disney desserts on Walt Disney World Property) — The bread pudding!

Thankfully, we have found a way that Guests can still order the iconic bread pudding at Disney World despite ‘Ohana being closed, and we wanted to remind our readers in case they were still missing this dessert. Facebook user, Jessica Leigh Cochran, shared that on her recent trip to Polynesian, she dined at Kona Café and was able to ask their server for the bread pudding from ‘Ohana! Jessica shared some stunning photos with Inside the Magic, which you can see below.

Jessica isn’t the only Disney fan to share this great news — In fact, many other Disney fans are taking to Twitter explaining that although the bread pudding is not officially on the Kona Café menu, and it might not be the exact same Disney recipe, Guests can still order this Hawaiian favorite.

Tania L., shared that she was able to try the ‘Ohana bread pudding at Kona Café a few months back.

Is Kona Café The Only Place?

Before you go running to Kona Café, it is noted that Tambu Lounge, also located at the Polynesian Resort, serves this fan favorite treat as well. Tambu Lounge is currently serving appetizers during select hours of the day.

Keep in mind, you will not be able to search for the bread pudding on their menu either, but Disney World Guests are taking to Twitter to share that if you ask nicely, you, too could be given the special Disney treatment everyone raves about.

So the reports are that is is now available at Kona due to Ohana being closed … BUT you always could get it there if you just asked nicely (I did it years ago). You can get it at Tambu as well but that is how it was before as well. So really, no change ?

Are you heading to Kona Café or Tambu Lounge at the Polynesian Resort soon? Let us know in the comments below if ‘Ohana’s bread pudding is everything and more!

Do you want to visit Disney World and try the iconic ‘Ohana bread pudding? Start planning your magical vacation today!

Comments Off on ‘Ohana Remains Closed, But Guests Can Still Order Iconic Dessert