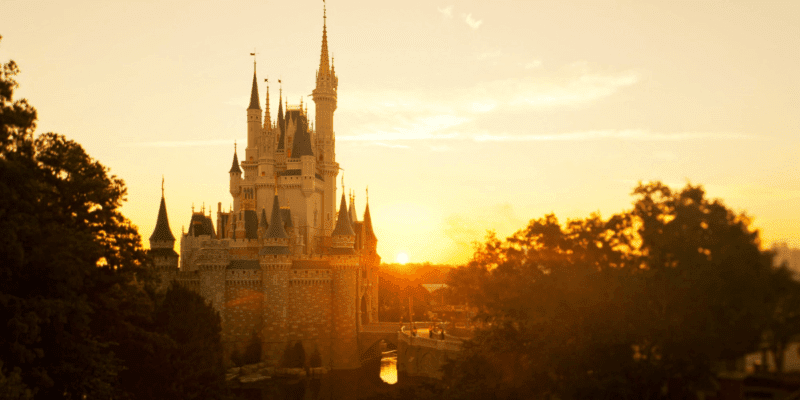 A Guest at Walt Disney World Resort in Orlando, Florida (Orange County) has been arrested for spitting at a security Cast Member over the theme park’s face mask mandate.

The Orlando Sentinel reported on the situation, which resulted in felony battery charges for 51-year-old Palm Beach, Florida resident, Kelly McKin. When a security guard requested that the Florida man put his face mask on, the Disney World Guest accosted the Disney employee by spitting in her face.

The Sentinel provided these details from the arrest report:

She [the Disney World security guard] asked if he needed directions. “I’m a guest,” he told her.

She asked him to put on his mask. He promised he would do so once he went inside the building.

The security guard reminded him masks were required at all times on Disney property.

“The male told her to leave him alone, and took a step towards her and spit on her,” the arrest report said. “The spit did not make direct contact but some saliva did hit her on her left forehead.”

The guard, who did not have a radio on her, went to get backup while the man disappeared inside the hotel and got on the elevators.

“That was the last he was seen,” the arrest report said.

The next day, they said that an Orange County sheriff’s deputy responded to Disney because the theme park company wanted to issue a trespass warning. Upon arrival, the deputy recognized the man that needed to be trespassed as the same suspect from the spitting incident at Disney’s Contemporary Resort.

McKin has reportedly denied the allegations, but the security guard later recognized him from his appearance, including a long gray beard and mustache.

People received a statement from Disney regarding the incident:

“Guests have overwhelmingly been supportive of our protocols. Millions of Guests visit our theme parks each year and in rare instances when things of this nature occur, we hold them accountable,” the representative said, noting that similar occurrences have been happening across the hospitality industry.

Since Walt Disney World Resort reopened following its pandemic-related closure in July 2020, all Guests age 2 and over must wear appropriate face coverings at all times, unless they are in a stationary position while actively eating or drinking. Disney World strictly enforces these rules as well as the existing rules at the theme park resort.

Face coverings are required for all Guests (ages 2 and up) and Cast Members, including those who have received a COVID-19 vaccine. Please bring your own face coverings and wear them at all times, except when dining or swimming. You may remove your face covering while actively eating or drinking, but you must be stationary and maintain appropriate physical distancing.

It is important to note that the same face mask requirements exist at Disney Springs, Disney World’s shopping and dining district.

If Guests on Disney World property refuse to properly wear their face masks, Disney reserves to right to refuse them entry to any establishment — this happened last fall at Disney’s Pop Century Resort hotel — or to remove them from Disney World.

Furthermore, Disney has proven its willingness to enforce its face mask mandate by stopping rides when Guests remove their masks while riding. One of the first instances of Cast Members stopping a ride due to improper mask usage was on the classic Carousel of Progress attraction.

At this time, Disney has not confirmed when its theme park mask mandate will be lifted, but Walt Disney Company CEO Bob Chapek has indicated it isn’t likely to be prior to 2022.

What are your thoughts on this incident? Let us know in the comments.