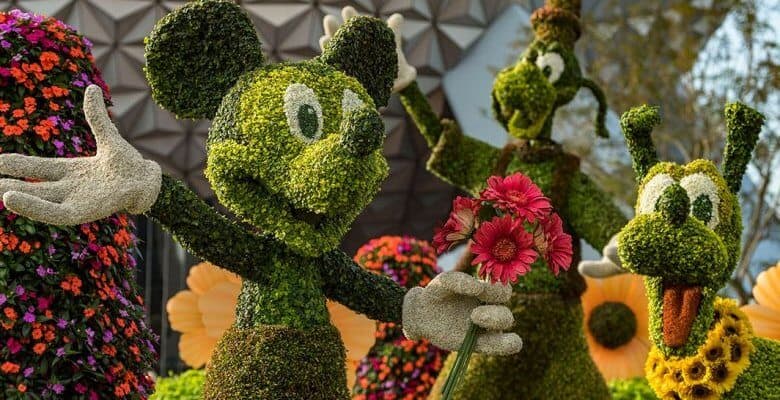 With the recent opening of Disney’s Blizzard Beach and the highly popular EPCOT International Flower and Festival, Guests plan on spending more time in Walt Disney World this spring and during spring break.

With that being said — It looks like Disney World is allowing Guests to soak up more magic moving into April as park hours have been extended for all four theme parks!

As previously mentioned, Walt Disney World has decided on extending park hours for Guests travelling to the Most Magical Place on Earth for part of April. Here’s what we know.

Previously, the theme park hours were as follows:

After reviewing the latest theme park hours, we’ve noticed an extension in April — Which makes sense now that Disney’s Blizzard Beach has officially reopened and the demand for Taste of EPCOT International Flower and Garden Festival is high.

The Walt Disney World website has now extended its park hours for April 1 through April 17. The current hours are:

This is very exciting for Guests who are planning on visiting next month! We do want to note that even though the park hours currently listed are reduced beginning April 18, there is a chance that Disney will extend the operating hours again as they are always subject to change.

For the most up-to-date park hours, be sure to visit Disney World’s website here.

The Walt Disney Imagineering crew strives on reinventing new additions to Disney Property to their festivals each year. With EPCOT now open from 11 a.m. to 11 p.m., this disney park gives a lot of Guests more time to soak in all Flower and Garden Festival fun! According to the Disney website, they describe this festival as:

Stroll through breathtaking gardens and admire topiary sculptures of cherished Disney characters at the Taste of Epcot International Flower & Garden Festival—March 3 to July 5, 2021.

Enjoy Magically and Flower-filled fun while enjoying all the outdoor kitchen food and drink booths Epcot has to offer!

Be sure to check out Disney Park Pass Reservations for Epcot at Walt Disney World for your next Flower and Garden visit!

Like the other areas of Walt Disney World Resort, we will welcome back Guests and Cast Members to Disney’s Blizzard Beach Water Park in a responsible way, with a plan focused on health and well-being. View additional details.

As a reminder, Disney’s Typhoon Lagoon Water Park remains closed at this time.

This fun water park includes Summit Plummet, one of the tallest and fastest free-falling body water slides in the world!

How do you feel about Walt Disney World extending its hours for April? Will you be heading to the parks? Let us know in the comments below!