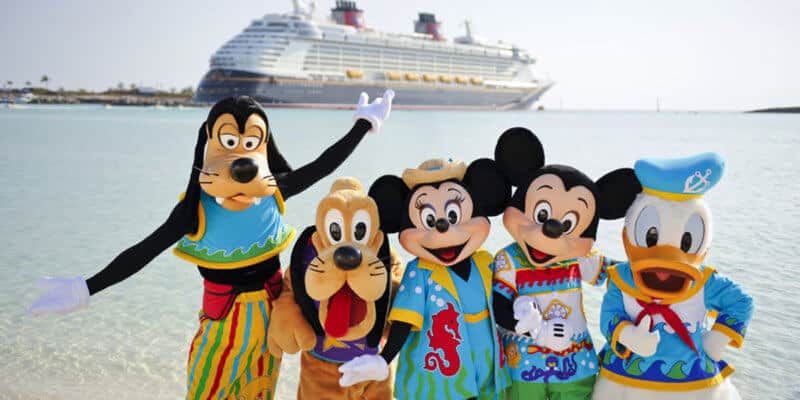 If you are a fan of Disney Cruise Line (DCL), you have probably struggled with the fact that the ongoing pandemic has kept you from setting sail for at least a year now. Although the shutdown has been necessary, many Disney fans have been waiting for the Disney Dream, the Disney Fantasy, the Disney Magic, and the Disney Wonder to announce that they will be heading out into the big blue world once again.

Today, during The Walt Disney Company’s 2021 Annual Meeting of Shareholders, Disney CEO Bob Chapek spoke about Disney Cruise Line and shared when the company hopes to have Guests aboard their ships once again.

It seems that Chapek is hoping that by this fall, Disney will be able to offer limited operation of their cruise ships. Although this is just speculation on Disney’s end at the moment, the decision will rely on case numbers and vaccine distribution by that time.

At the moment, Disney does not have any definitive answers on when sailing will resume. However, Chapek did mention that the upcoming Triton Class ship, the Disney Wish, is still scheduled to take its maiden voyage in summer 2022.

That being said, Disney has continued to cancel cruises through May 2021. A recent statement by the company noted:

Our team at Disney Cruise Line remains focused on the health and well-being of our Guests and team members. We are carefully preparing for a return to service following the guidelines issued by the U.S. Centers for Disease Control and Prevention (CDC). As we continue to refine our protocols and await further technical guidance from the CDC, we are cancelling all sailings through April 2021 and select sailings onboard the Disney Magic and Disney Wonder in May.

Additionally, as previously shared, based on the conditional sail order provided by the U.S. Centers for Disease Control and Prevention, Disney Cruise Line must cancel sailings longer than 7 nights.

There is a clear gap between when Disney’s current cruise cancelations end and when they hope cruising will return this fall. It is worth noting that Disney is still allowing Guests to book cruises throughout the summer season at this time. As Disney has mentioned, “We are offering affected Guests who have paid their reservation in full the choice of a 125% future cruise credit* to be used for a future sailing prior to May 31, 2022, or a full refund.”

As we have previously reported, Disney Cruise Line is still getting ready to bring sailing back to all Disney fans in a safe way. The company has to show how they are adapting to the world’s current needs when it comes to being safe aboard a ship.

As we have seen in the Disney parks, once cruising returns, it is likely that most of the rules and regulations that Guests are required to follow while in the parks will be implemented at sea, as well. This includes social distancing, mask wear unless actively eating and drinking in a stationary position, encouraging sanitization and hand washing, as well as cleaning high-touch surfaces as often as possible.

Related: Fans Are Dreaming of a Disney Cruise, But How Soon Will They Sail?

Stay tuned to Inside the Magic as we continue to report on when Disney will return to the ocean!

When do you think Disney Cruise Line will return?

If you want to book a stress-free cruise line trip, click here to get booking today!