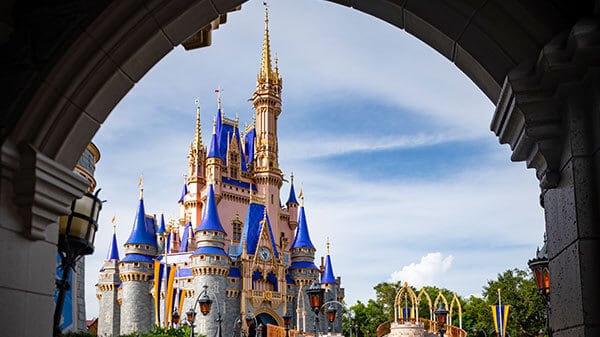 It is no surprise that if you are a big Disney fan, your Disney-loving life has likely been heavily affected over the past year. Once the pandemic began to spread not just to the United States, but to the world, drastic measures had to be taken. One of those included closing the gates of Disney World and Disneyland to Guests.

On March 12, 2020, both Disney World and Disneyland announced that they would be closing down for what they thought would be just a few weeks. This set Disney fans and Guests into a frenzy as vacations were cut short, or, canceled altogether. And by this time, every Disney Park in the entire world was closed.

That few-week closure, as we know, ended up lasting months, and for Disneyland, it’s going on one full year. This resulted in thousands of canceled Guest vacations, and eventually, was part of the cause for the Walt Disney Company’s massive layoff which left tens of thousands of Cast Members without a job to end 2020.

On July 11, Disney World began a phased reopening with Magic Kingdom and Animal Kingdom opening to Guests first, followed by EPCOT and Disney’s Hollywood Studios days later. Also, a Disney Park Pass reservation was introduced to Guests during this time.

At that time last summer, Disney’s capacity was not the 35% that we are seeing in the parks today, but much smaller. Any Guest that was lucky enough to snag a Disney Park Pass reservation was able to experience little to no wait for the majority of attractions at the park because of how low the crowds were. Seeing a next to empty Magic Kingdom while the park was open was a sight many Disney fans have likely never seen before.

Now, as we approach the one-year mark since both Disney World and Disneyland announced their closures, we look at how far we’ve come. When looking at Disney World specifically, in some ways, not much has changed at the theme parks since reopening in July.

Mask enforcement and social distancing are still heavily enforced, and there is still a capacity level on all Disney World parks, albeit a lot higher than at the initial reopening.

One of the biggest things that have yet to change is that all this time later, Disneyland Park and Disey California Adventure Park in Anaheim, California remain temporarily closed to this day. Although Disney has recently announced they are currently aiming for a late April reopening for their theme parks, and with the A Touch of Disney event allowing Guests to once again enter Disney California Adventure, at this time, no Guest has been able to ride a Disneyland Resort theme park attraction for almost one year.

All of this being said, it seems that the world is headed in a positive direction with COVID-19 vaccines being administered worldwide. As more time passes, the Disney Parks will eventually return to normal operations, hopefully will more amenities such as entertainment and shows.

Did you ever think that the Disney Parks would be so heavily impacted after a year of the closing announcements?

Comments Off on A Dark Day in Disney History, One Year Later