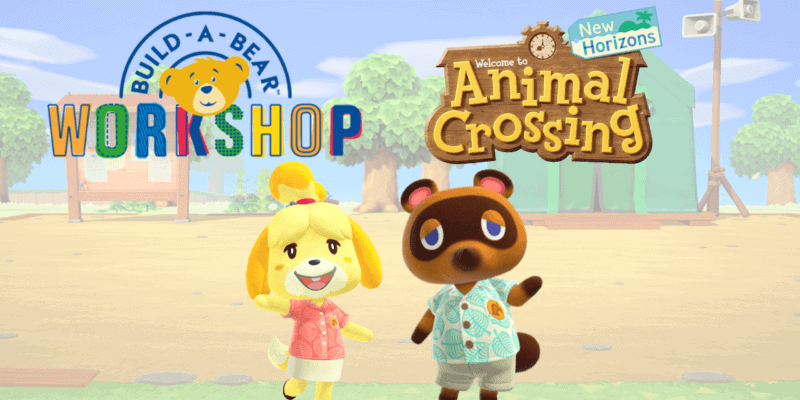 Credit: Images from Nintendo and Build-A-Bear

Nintendo has already seen success in the past with a Pokémon collection, and it’s hardly surprising to see a new range of products based on one of the biggest selling gaming franchises of all time, Animal Crossing. Animal Crossing: New Horizons took the world by storm when it made its debut in 2020, and smashed sales records for Nintendo.

The announcement was teased a few months ago when the official Build-A-Bear Twitter account stated that they were taking notes in response to a fan account asking them for Animal Crossing bears:

Details are a bit sparse at the minute, but we do know that Build-A-Bear is launching a “product collection” based on the most recent game in the franchise, Animal Crossing: New Horizons. The new range is launching later this year, here’s hoping we see some following characters featured:

The first Animal Crossing game was released back in 2001 on the Nintendo GameCube and has since gone on to become as popular as some other huge franchises that Nintendo owns such are Mario. Since The release of the game last year, New Horizons was timed to perfection as the world could do nothing but sit inside and play video games.

Right now you can go over to the official Build-A-Bear website to sign-up for news on an official release date. You can get a visual of the page below:

We’d encourage you to go and do this immediately given how popular this collection is going to be. The recent Winnie the Pooh collection sold out pretty quickly when we covered that last month!

Who would you like to see get the Build-a-Bear treatment from Animal Crossing? Let us know in the comments below!