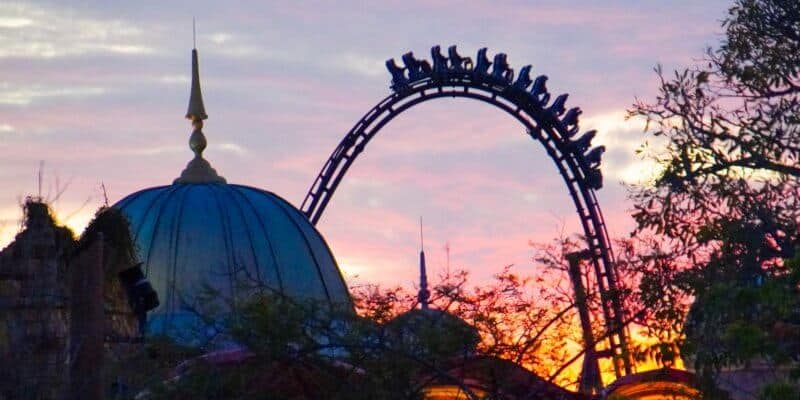 Universal Orlando’s (@UniversalORL) Twitter account often likes to play around with Guests from having The Grinch take over, to trolling VelociCoaster fans about the attractions opening date. Most recently Universal Orlando Tweeted:

Of course, this was a fun little jab to all Universal fans who are actively awaiting the coaster’s opening date, but the constant attention Universal has been putting towards releasing this date has been increased significantly as of late.

Universal even confirmed that an opening day announcement would be coming soon. Universal has also left the door open after responding about having Annual Pass previews for the attraction, so that may also be another announcement coming soon.

As we previously discussed, Annual Pass previews would also be a great marketing tactic for Universal. Universal is currently struggling financially due to the pandemic and just broke even in its theme park division for 2020. They are trying to drive business so much so that Annual Passes are being sold to last for 15 months for the price of 12 months –– and that price is less than half of a Disney World Annual Pass, even at the highest tier. Considering the demand for VelociCoaster is huge, offering a chance for Guests to ride it first could be the nudge some need to commit to becoming a UOAP.

VelociCoaster has been actively testing the coaster, and it seems that things are almost ready for blast off. Below, you can see a shot Bioreconstruct (@bioreconstruct) posted to Twitter about the Jurassic World VelociCoaster testing in the evening at Universal’s Islands of Adventure.

Raptors and workers near the entrance of Jurassic World VelociCoaster, as a train rushes by during night time testing. pic.twitter.com/gYp2UpfI1Y

In the shot, we can see the coaster speeding by the newly unveiled entrance of the coaster which has two carnivorous raptors peering down to seemingly leap on Guests as they enter the queue of the attraction.

Considering VelociCoaster has already undergone human testing, and all the dinosaurs are unwrapped and in place — Universal likely only has a few nuts and bolts to tighten.

The Jurassic World IP coaster that is finding a home at Universal’s Islands of Adventure in the Jurassic Park section, will have riders join the dinosaurs in the paddocks for a velociraptor run on the roller coaster. Much like in the film, the raptor enclosures are a very dangerous space, where the dinosaurs are ready to rip apart Owen Grady (Chris Pratt) any chance they get!

This time, it is us that get to step into a prehistoric world and risk our lives for some adventure! Guests will have the chance to experience g-force gravity-defying drops and Florida’s fastest launch coaster, so understandably, we cannot wait for this Jurassic coaster attraction to open!

When do you think VelociCoaster will open?