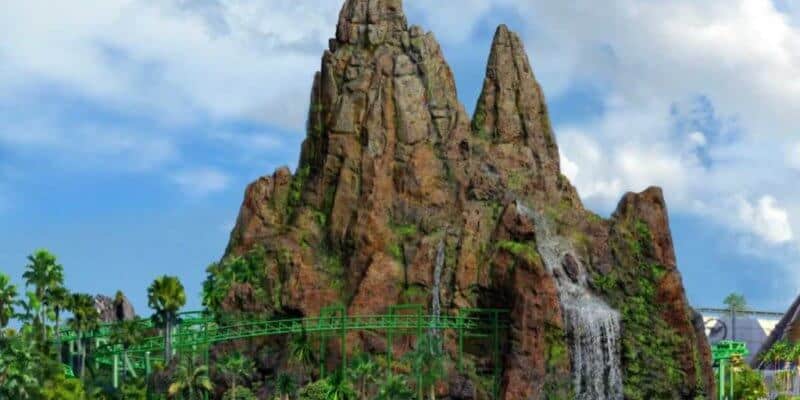 Universal recently gave fans a first look at a brand new version of Pteranodon Flyers called Jurassic Flyers is coming to their latest theme park resort, Universal Studios Beijing. This new version is an update of the original beloved family attraction of the same name that is located in Universal’s Islands of Adventure in Orlando.

Could we see this updated version of the Pteranodon Flyers come to Orlando as well? Let’s talk about it!

Universal is opening a brand new theme park in Beijing, China this May! This theme park will feature seven uniquely themed lands, some of which we have never seen at a Universal theme park before. Universal has decided to create a land based on the Jurassic World franchise that is a complete recreation of Isla Nublar! You can read our full breakdown of the Isla Nublar land at Universal Beijing here.

As we get closer and closer to the grand opening of Universal Beijing Resort we continue to get more details about what we can expect from this brand new groundbreaking theme park. Now we have details on the Jurassic Flyers attraction that will be in the Camp Jurassic section of the Isla Nublar land.

Thanks to a report from the Orlando Informer we have some details on the new version of this family attraction:

Called Jurassic Flyers, the official description has it that guests will “hop aboard a high-tech glider and soar far above Jurassic World Isla Nublar for a pteranodon’s-eye-view of the spectacular prehistoric world below.”

The artist’s render of the attraction looks stunning! Weaved in and out of a mountain that features a rushing waterfall this is not your average family attraction.

Notably, Pteranodon Flyers at Islands of Adventure is very strict on their “no adults” policy on the attraction. Adults can only ride if they are accompanying a little one. We do not know for sure if Jurassic Flyers will be the same or not, so we will wait for more confirmation from Universal.

So what do you think of this new Jurassic Flyers attraction, and do you think it could come as an update to the Orlando version? Let us know in the comments!

we can help you book the perfect Universal vacation, click here for more details!