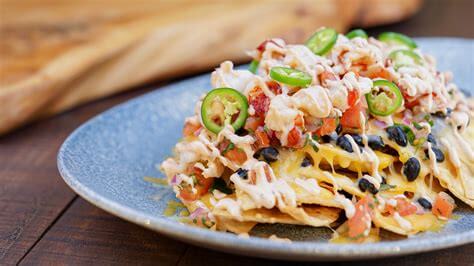 In just a few weeks, Disneyland Resort will be reopening even more of Disney California Adventure for a limited-time ticketed event.

We know that this all-new event will include a focus on food and beverage from around the resort. Though we don’t have much more concrete information than that, we have been seeing hints here and there as to what we can expect to be coming to this event. Based on the information we know so far, we suspect that this event may include your favorite Disneyland Resort restaurant.

As we wait for more information to be released on pricing, ticketing, and dining, we’re all starting to get curious about what this festival will entail. Well, when a Disney fan, Milly, inquired about tickets to the “small Food and Wine Festival,” we found out that it’s not a festival at all!

Here’s how a planDisney panelist responded:

I see you’ve heard the wonderful news about the new offerings that are coming to Disney California Adventure Park! This new limited time ticketed event won’t be a festival like the ones that have been offered in the past. Even though this won’t be a festival, you can expect this new event to be all about your favorite food and beverages from both parks! I’ll leave it up to your imagination but think of the best of the best food and beverage options from both parks coming to this event. Please note that attractions will not be operating during the event.

This new ticketed event will start sometime around mid March. Disneyland Resort officials are working hard to finish up the details including price, start date and food and beverage options and they’ll be sharing all the details very very soon. Make sure you follow along with the Disney Parks Blog to be the first to know!

Well, Milly be sure to check in with us again once all the details are announced if you have any more questions for us.

Remember, always believe in the Magic!

Many fans have expressed that they wouldn’t be willing to pay an entrance fee to enter Disneyland Park without attractions if food and beverage weren’t included, as Buena Vista Street and Downtown Disney District have been operating as such. It’s quite possible that Disney may include something like a Sip and Savor Pass that will include a certain amount of food and beverage at Disney California Adventure, but you could be able to purchase more at an extra cost. At least, that’s what many Disney fans are hoping for. We’re still uncertain at this time if Legacy Passholders will be offered a discount on tickets to the event.

Now, we officially know that the event will include the best of the best food and beverage options from each of the Southern California Disney Parks Do you have a favorite Disneyland Restaurant that you want to be able to enjoy food from, like Clam Chowder from Royal Street Veranda, Loaded Onion Rings from Hungry Bear Restaurant, or a Corn Dog from Little Red Wagon? Maybe you’re more interested in an iconic Disney snack or drink like Dole Whip, Mickey-shaped Pretzel, and Churro.

Here’s a list of all the restaurants at both Disneyland Park and Disney California Adventure, so you can start imagining what Disneyland food you’d like to taste at the DCA event coming in mid-March.

Well, many of these restaurants will have menu items involved, but one restaurant at Disney California Adventure may be bringing a little more to the table, quite literally. In a Facebook post by Workers United Local 50, a union that represents food and beverage workers at Disneyland Resort, we can see from the union that the Disney Park is recalling Cast Members for a table service restaurant.

Since this new event is being held at Disney California Adventure, and it looks like marketplace kiosks will still be included, could this table service restaurant dining option possibly be the Lamplight Lounge, formerly the Cove Bar? It does have ample outdoor seating, so it would not be difficult to comply with state guidelines, and its location makes it an obvious choice for a table service restaurant that could operate at this new event.

Below is the full post by Workers United Local 50 which details several positions being recalled, including table service workers.

We have received information for the 3rd wave of recall. These recall notifications are expected to begin Monday, February 22nd with a return to work on the week beginning Sunday, March 7th. We have not been made aware of a 4th wave of recalls at this time.

In total 94 members will be recalled to work.

In QSR positions will be filled for Cashier, Food Service Worker, and Steward. In total 22 positions are expected to be filled.

In ODV positions will be filled for Cashier, Food Prep, and Stocker, Steward. In total 11 positions are expected to be filled.

In table service positions will be filled for Bartender, Bar Host/Hostess, Bushelp, Food Service Worker, and Waithelp. In total 21 positions are expected to be filled.

For the Market Place positions will be filled for Steward, Cashier, and Food Service Worker. In total 40 positions are expected to be filled.

These numbers could change. As we get more information regarding recall and operations we will keep everyone posted here. If you have questions message us directly or call the office. (714 502-0220)

Recall Update 2/17We have received information for the 3rd wave of recall. These recall notifications are expected to…

Keep in mind that, as mentioned, Disney has not shared yet which dining options will be available at this new Disney California Adventure event, but we will update our website when more information is released.

Could these food and beverage highlights from both Disneyland Park and Disney California Adventure Park bring a little more magic back to the Happiest Place on Earth?

Tell us what you think about this new event at DCA and what food and beverage you’re looking forward to experiencing again!

Comments Off on Table Service Dining Could Reopen at California Adventure