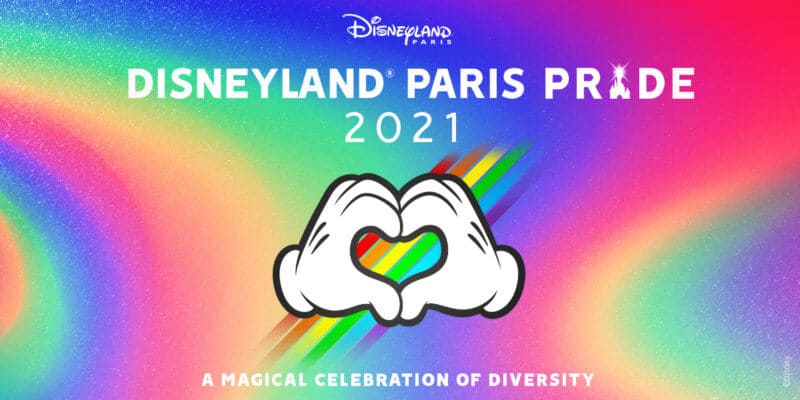 The pandemic has taken a toll on every Disney Park around the world, and Disneyland Paris has been one of the hardest hit. Now, it seems that the event cancellations are only going to continue at Disney’s European theme park.

Disneyland Paris had to close for a second time in October 2020 and originally anticipated reopening right before Valentine’s Day on February 13, 2021. We recently reported that that reopening day has received yet another push back with a new scheduled opening date of April 2, 2021. This is due to the surge of COVID-19 cases in France.

In 2019, Disneyland Paris officially began celebrating Pride month in June, but as a result of the pandemic, 2020’s Pride celebrations were postponed until June 12, 2021. Now, it seems that those celebrations have also been canceled. DLP Report (@DLPReport) took to Twitter to confirm that Pride will not be taking place at Disneyland Paris this year.

Breaking: Disneyland Paris Pride has been canceled for 2021. The event celebrating diversity and inclusion was originally scheduled for June 12. We hope to see it next year.

⚠️ Breaking: Disneyland Paris Pride has been canceled for 2021.
The event celebrating diversity and inclusion was originally scheduled for June 12. We hope to see it next year! ? pic.twitter.com/jO4AOuSA5d

Although not explicitly said, the cancellation is likely due to the ongoing closure of the park. Disney’s desire to hold the event in 2022 shows that the company is not looking to cancel Pride officially, but just temporarily. DLP Report (@DLPReport) also noted that Electroland, an EDM concert, would be canceled in 2021.

Electroland has also been canceled for 2021. The party weekend featuring world class DJ’s was originally scheduled for July 2-4.

⚠️ Electroland has also been canceled for 2021.
The party weekend featuring world class DJ’s was originally scheduled for July 2-4. ? pic.twitter.com/AUs6j9QrBa

It is quite clear that Disneyland Paris does not expect to return to any sort of “normalcy” by the summer, considering both of their major tourist events are now gone. It will be interesting to see if other Disney Parks join DLP in canceling long-awaited events.

For example, Disney World is set to hold its 50th Anniversary celebration this year. However, no date or event details have been announced. Disney has not noted that the celebration will be postponed at all, but after 2020’s unprecedented closures at Disney theme parks, anything can happen.

Related: Disney is holding a pride parade at one of its international parks for the first time ever

All of this being said, the cancelations through the summer at Disneyland Paris do not mean that the park will not open in April. These events are crowd-gathering experiences, and considering France’s COVID-19 cases recently surged, it is in Guests best interest and safety to not create any situations where social distancing is difficult.

Remember, though, that the current reopening date is subject to change depending on government guidelines and Disney’s own protocols.