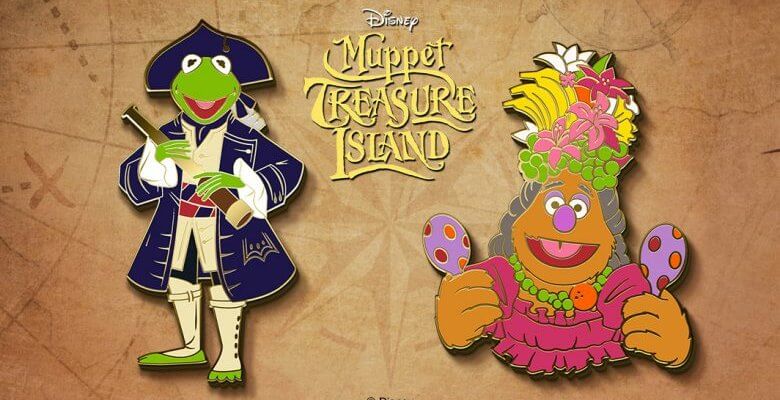 If you are a Disney pin collector or trader, you know there is no better feeling than to get an exclusive pin or a pin set that is on a limited run. Now, it looks like D23 is releasing some very limited edition pins — and best of all, they are Muppet themed!

If you always dreamed of having a pirate-themed pin set featuring Kermit the Frog and Fozzie Bear, you need to look no further! Unfortunately, this pin set is exclusive to D23 members, so if you are not a member you will not be able to purchase the set. Too bad Miss. Piggy isn’t there, too.

The pins are being sold to celebrate the 25th Anniversary of Muppets Treasure Island and there will only be 1,500 released. Each pin is being sold separately at a cost of $12.99.

As the pins will be exclusive to D23 gold members only, those who are able to purchase can head to shopDisney at 7 a.m. PT on February 15, 2021.

Disney is having an even bigger Muppets celebration next week to commemorate the anniversary. Both a Twitter party and Facebook/YouTube event will be held on two separate days so that Disney and Muppet fans alike can get their fix!

Also, today D23 launched an exclusive 30% off discount with BoxLunch which Gold Members can use on their incredible line of Muppets product.

(And stay tuned next week for a fantastic in-depth Muppets episode of D23 Inside Disney podcast!)

At 7 p.m. EST/4 p.m. PST (swash) buckle up and join D23 and some of your favorite Muppets on Twitter as we celebrate the 25th Anniversary of Muppet Treasure Island with our “Cabin Fever” Watch Party! Start streaming the film (available now on Disney+) and head to D23’s official Twitter page for a live tweet experience with trivia, fun facts, and a few surprises! Join the conversation and follow along using: #D23MuppetMayhem.

With so many milestones to celebrate this year, from the 25th anniversary of Muppet Treasure Island and the 30th anniversary of Dinosaurs, to The Muppet Show arriving on Disney+, it takes a whole week of Muppet mayhem to express our excitement! Host Leigh Slaughter (Vice President, Muppets Studio) is joined by the legendary Bill Barretta (puppeteer, Pepe, Rowlf, Swedish Chef), Dave Goelz (puppeteer, Gonzo, Bunsen Honeydew, Waldorf), Kevin Bishop (actor, Jim Hawkins) and Brian Henson (puppeteer, director, producer, Chairman of The Jim Henson Company) for a fun, wide-ranging conversation that looks back at Disney Legend Jim Henson and the long and successful collaboration between The Muppets and Disney.

As a reminder, all of the seasons of The Muppet Show will be coming to Disney+ as of February 19, which will definitely continue the current festivities.

For now, pin trading at Disney World is a little more complicated due to COVID-19. Although many stores still have pins to trade, pin trading boards around Magic Kingdom, EPCOT, Disney’s Hollywood Studios, Disney’s Animal Kingdom, and even Disney Springs are not as available as they once were. That being said, all pins are fully sanitized during the trading process.

Now, we just need a Muppet Christmas Carol set with Kermit as Santa!

Are you a pin collector or trader? Do you want this Muppet pin collection?