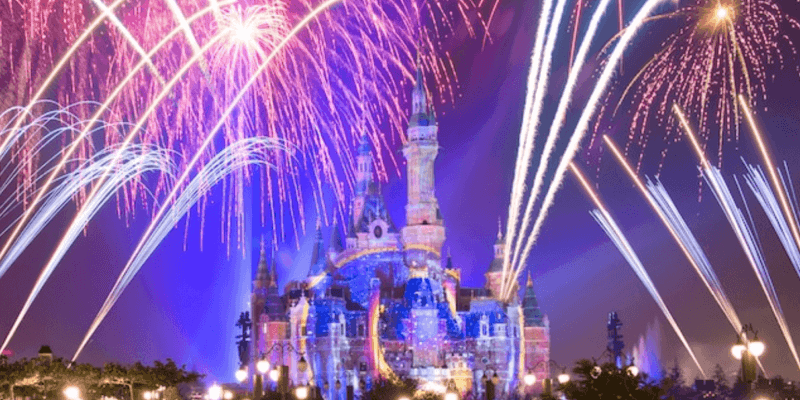 Disney launched their new streaming service, Disney+, back in November 2019, and while it is already packed with fabulous Disney content, there are still a few key things Disney fans would love to see come to Disney+.

Disney theme parks around the world are known for their outstanding nighttime spectaculars. Featuring fireworks, lighting, water, projection mapping, and plenty of Disney music, these shows are entertaining and breathtaking all at the same time. I believe Disney should add more recordings of the Disney Parks nighttime spectaculars to Disney+ for fans to enjoy, and here is why.

Related: Disney World Hints at Nighttime Show for the 50th

When we previously reported on the Illuminations show coming to YouTube back in May 2020, we were very excited. Could this mean that we could see more nighttime spectaculars come to YouTube, and eventually make their way to Disney+? Well, it has been a while, and Disney hasn’t shared that other nighttime shows (like Happily Ever After from Magic Kingdom, Disneyland Forever from the Disneyland Resort, or Fantasmic!) will be coming to the streaming service anytime soon.

Currently, on the official Disney Parks YouTube channel, you can see many nighttime spectaculars from Disney theme parks around the globe. Right now you can watch EPCOT Forever, Minnie’s Wonderful Christmas Fireworks, and much more.

But what if those recordings could be added to Disney+ as well? Disney could have an entire library of Disney Parks nighttime spectaculars on Disney+ for fans to get a little taste of Disney magic. In these pandemic-era times, everyone could use a little more magic in their everyday lives, especially since not everyone can travel to the Disney Parks right now.

I also think that more shows could be added to Disney+ as they debut in the parks. For example, Disney could add a pre-recorded HarmonioUS to Disney+ after it debuts later this year at EPCOT in Walt Disney World.

Disney fireworks are iconic, and it just makes sense to have them on Disney+

Hopefully, Disney will bring more nighttime spectaculars onto Disney+ for everyone to enjoy! How awesome would it be to see shows that are not even available at the parks on Disney+? Shows like Wishes from Magic Kingdom at Disney World could bring some nostalgia to fans’ lives!

In 2021, having these shows available on Disney+ would be especially helpful for those who are unable, or not capable of traveling right now due to restrictions from the ongoing pandemic.

What Disney Parks shows would you like to see added to Disney+ next? Let us know in the comments!