Runaway Railway to Receive Construction Update - Inside the Magic 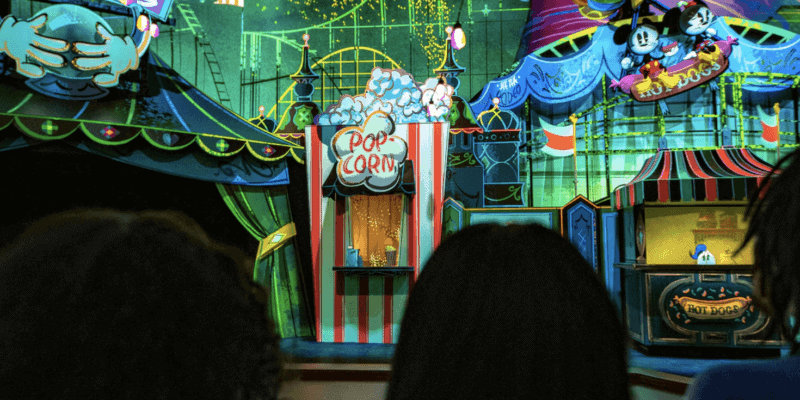 Attractions are always being updated at every Disney Park, even when they are brand new! Now, it seems that Disney has filed multiple permits for construction on Disney’s Hollywood Studios’s latest attraction, Mickey & Minnie’s Runaway Railway.

The first permit filed for the Disney World attraction is to fabricate and install a sign contracted by Sign Producers, Inc.

When thinking of a sign on Mickey & Minnie’s, it is easy to have your mind go straight to the main neon-lit marquee sign that invites Guests into the attraction. While it could very well be that sign which is going to undergo construction, the fact that the sign in question is slated to be fabricated, it seems that whatever is going to be implemented to the ride could be new, or a replacement of a current sign within the attraction. That being said, we will need to wait and see what new signage is added to Mickey & Minnie’s Runaway Railway.

The second permit is set to “Provide labor, material and/or electrical for construction” and the work is set to be completed by Buena Vista Contractors, who often do construction for many Walt Disney World attractions and resorts. From the address, it seems that the permit is slated to take place in the gift shop area of the attraction, however, that is not certain.

The attraction that took over the Great Movie Ride is one that often has one of the longest lines at Disney’s Hollywood Studios, and it has brought life back to the Chinese Theater! It will be interesting to see if Disney makes any major changes to the attraction in the future, but for now, we wait for more information.

Permits were previously filed for the attraction in January. Click here to learn more on those!

Do you think anything needs to change on Mickey & Minnie’s Runaway Railway?

If you want to visit Disney’s Hollywood Studios and ride Mickey & Minnie’s Runaway Railway and then hop on Slinky Dog Dash, click here to begin planning your Disney vacation today!