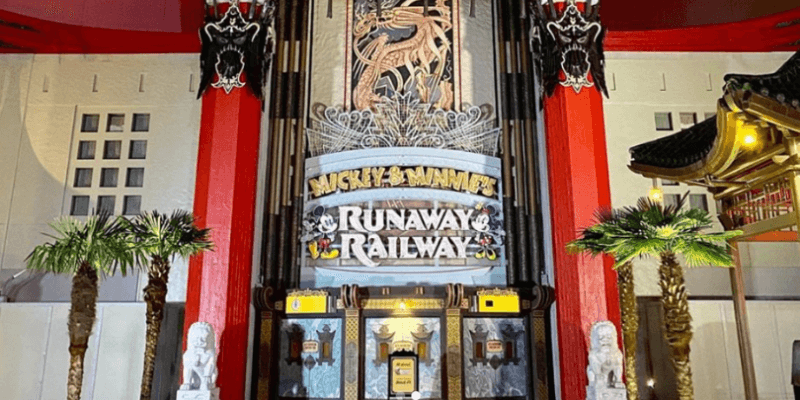 The time is fast approaching that the next big attraction at Walt Disney World opens and it would seem that as of today, you can now book your FastPasses for Mickey & Minnie’s Runaway Railway!

Keep in mind that while they are currently available, the system currently appears to be being overloaded by everyone excitedly grabbing FastPasses for when the attraction opens. As you can see from below, they are available so just keep trying and you will eventually find a time. We managed to get a time after a few goes:

This new attraction is going to be incredibly popular when it opens on March 4th, what with it being the first-ever attraction to be dedicated to our favorite mice, Mickey and Minnie Mouse! Who knows, the popularity of this could even surpass that of Star Wars.

So what is happening to the FastPass Tiers at Disney’s Hollywood Studios as a result of the new attraction?

Well, it looks as if currently Disney is bucketing Mickey and Minnie’s Runaway Railway into the same Tier as Smugglers Run. That means you will either be able to ride the Millennium Falcon or join Mickey and Minnie on their adventure.

This is how the Tiers now work at Disney’s Hollywood Studios:

Tier 2 remains unchanged and includes every other attraction the park has. A reminder that you can only choose one experience from Tier 1 per day. It’s going to be interesting getting a Hollywood Studios FastPass now. At least Toy Story Mania, Tower of Terror, Star Tours and Rock n’ Roller Coaster are all in Tier 2!

If you’re thinking about heading to Disney’s Hollywood Studios soon for the attraction then make sure you get in contact with our friends at Academy Travel for a free, no-obligation quote. The team of Authorized Disney Vacation Planners at Academy Travel can help answer all your questions and plan your trip so you can focus on having a magical Disney vacation without any stress. Click here to contact them and begin planning your family’s first Disney vacation!

Though we certainly still miss the Great Movie Ride, we are sure Mickey Mouse and the gang will be a great replacement at the Chinese theater.

Are you excited about the opening of Mickey & Minnie’s Runaway Railway? Let us know in the comments below!