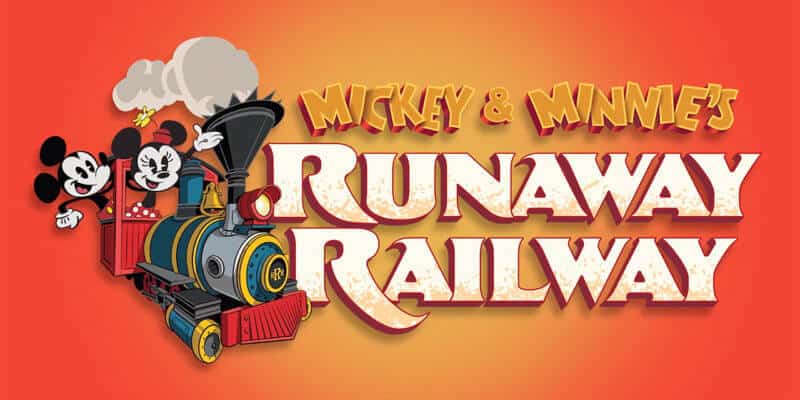 The highly anticipated attraction, which is replacing The Great Movie Ride, is set to open on March 4, 2020 in Disney’s Hollywood Studios at Walt Disney World.

Though I had a tough time saying goodbye to The Great Movie Ride, I am looking forward to the new ride at the Chinese Theater. Why? Well because the new Mickey and Minnie’s Runaway Railway attraction will be the very first ride in Disney Parks that is solely based around Mickey Mouse himself! (Can you believe it?)

Related: We Lost Our Train of Thought Over the New Mickey and Minnie’s Runaway Railway Merchandise

Before Disney guests enter the Chinese Theater, which is Mickey and Minnie’s Runaway Railway is located, guests will enter a “magic portal” which will bring them from our world into the cartoon world!

After entering the cartoon world, Disney guests will board Mickey and Minnie’s Runaway Railway and will be fully immersed in the world of the new Disney Mickey Mouse cartoon shorts.

Of course, it wouldn’t be an adventure without the one and only Goofy, so he will play the role of your engineer as you embark on this fun-filled adventure.

Disney guests will board a train ride vehicle, which will bring you directly into Mickey’s Toontown world! You can expect to see several favorite Disney characters including Mickey Mouse, Minnie Mouse, Goofy and friends while on your adventure.

But, before the train can leave the station, Disney has to make sure that the cast members operating the attraction know what to do. And, it’s time to celebrate because Disney has just reached their “TRAIN–ing milestone” and the opening team of cast members is now ready to begin this adventure.

In the video below, you can see how the cast members went about their training for Mickey and Minnie’s Runaway Railway, but keep your eyes peeled because a special guest joined the railroad crew!

You can also see an inside view of how the operations of the new attraction will look like! You can see the cast members talking to President of Walt Disney World Resort, Josh D’Amaro, in some of the rooms within the Chinese Theatre, as well as the loading station for the new attraction.

Are you excited for Mickey and Minnie’s Runaway Railway to make its debut? Let us know in the comments.