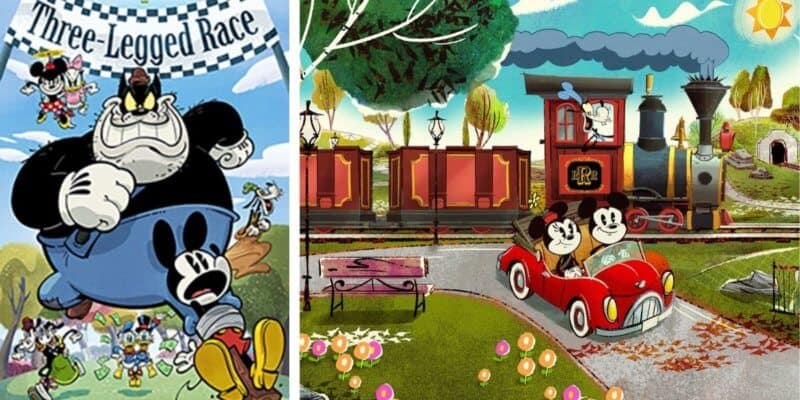 Disney Parks Blog is continuing its official poster countdown series, which celebrates the debut of Mickey & Minnie’s Runaway Railway at Disney’s Hollywood Studios, which will open to Disney guests on March 4.

The posters will be part of the experience at Mickey & Minnie’s Runaway Railway.

The first poster was titled Wish Upon A Coin and was revealed on January 1, but today Disney Parks Blog has revealed the next poster to get us excited for the new attraction.

The new Three-Legged Race poster shows off Mickey and Pete as they team up for a big race after Minnie chooses to partner with Daisy.

Mickey obviously wants to win “fair and square” as he is an honorable and trustworthy mouse, but not everyone agrees with him, including Pete.

You can watch the cartoon video short here. 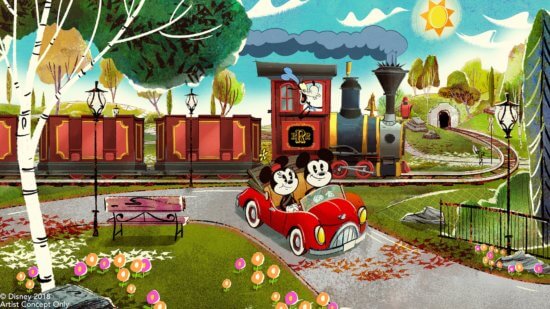 Are you excited to ride Mickey & Minnie’s Runaway Railway? Let us know in the comments.