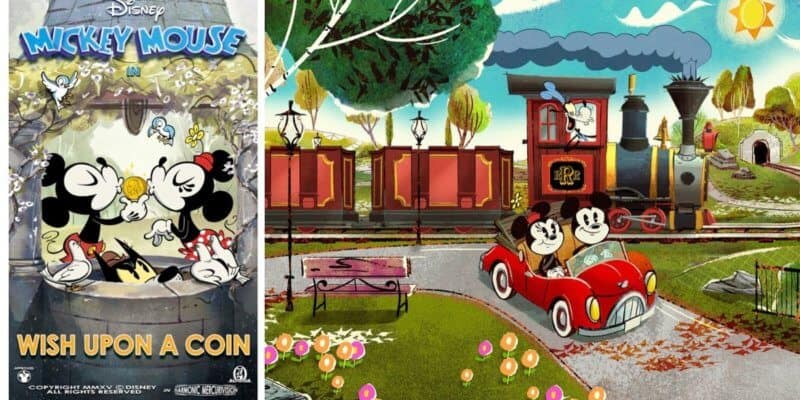 Happy New Year, everyone! Can you believe it’s 2020 already? This upcoming year, Walt Disney World and Disneyland have a lot of new and exciting things to offer, including the highly anticipated attraction Mickey & Minnie’s Runaway Railway at Disney’s Hollywood Studios in Walt Disney World. (Opening later at Disneyland in 2020.)

The new attraction, which is replacing the popular The Great Movie Ride, is scheduled to debut on March 4, 2020, and now Disney Parks Blog is celebrating by beginning an official countdown!

Wish Upon A Coin

Wish Upon A Coin is inspired by Mickey’s popular cartoon short and features Mickey and Minnie at a wishing well. What better way to start the countdown or the New Year than with magical wishes?

Disney Parks Blog will continue to release new exclusive poster artwork over the next few weeks to get Disney fans ready for the debut of Mickey & Minnie’s Runaway Railway.

Are you excited to ride Mickey & Minnie’s Runaway Railway? Let us know in the comments.