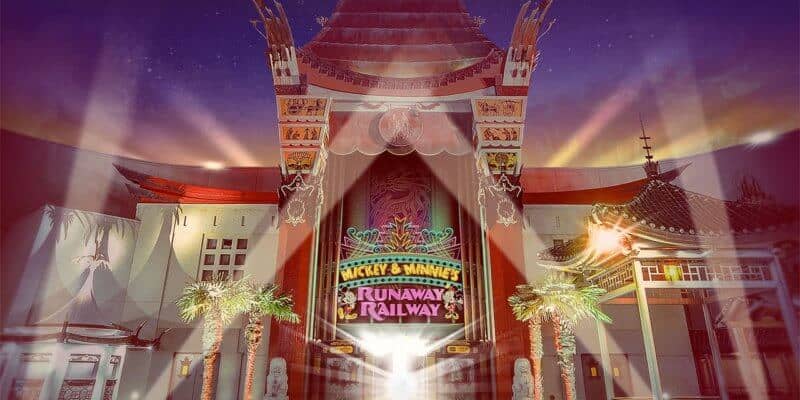 It is being reported that new signs have appeared on the Chinese Theater for Mickey and Minnie’s Runaway Railway in Disney’s Hollywood Studios, which is set to debut on March 4.

We are now getting word that new entrance signs have been installed for both the FastPass+ and Stand-By queues, which are currently covered up with bright yellow decal stickers, as well as new exit signs.

Though we aren’t sure when FastPasses will be made available for the new attraction, it does look like there will indeed be a FastPass line.

As you can see in the above concept art, the final look for the Chinese Theatre will include a large, neon attraction logo sign right in the middle.

If you want to visit Walt Disney World on your next family vacation to experience the brand new attraction, Mickey and Minnie’s Runaway Railway, but aren’t sure where to being planning, then be sure to reach out to our trusty friends, the Authorized Disney Vacation Planners, who will be there with you every step of the way of planning your next magical vacation.

Are you excited to ride Mickey and Minnie’s Runaway Railway? Let us know in the comments.