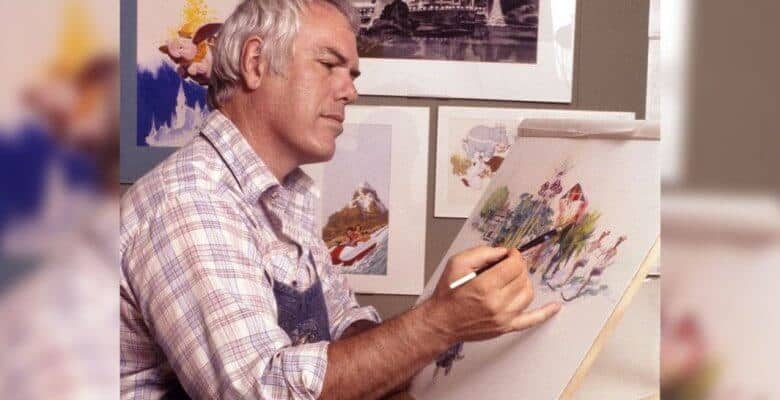 It is with heavy hearts that we share the news of the passing of artist and Disney Legend Charles Boyer.

We are sorry to report that Disney Legend Charles Boyer has passed away: https://t.co/ZAvrTCxNUK pic.twitter.com/WlVTSZrWJB

Boyer began his career at the Walt Disney Company in 1960 when he accepted what was, at the time, a “temporary” job at Disneyland, the Happiest Place on Earth. He stayed with the company for 39 years and was named a Disney Legend, the company’s highest accolade, in 2005.

D23, the official Disney fan club, had this to share of Boyer’s life and career with Disney:

Boyer had the unique distinction of having been Disneyland’s first full-time artist and eventually was elevated to become Disneyland’s master illustrator. He captured in his work the unique and fanciful spirit of Disney characters and theme park environments.

“You always remember the early days,” Boyer once said of his earliest time at Disneyland. “Mine were very memorable because it was all new. Disneyland was only 5 years old when I started. We had a family atmosphere… the feeling of the park is still carried on by the cast members. I’m proud to be a part of that.”

Below you can view one of Boyer’s most well-known works of art, his “Triple Self Portrait,” featuring Mickey Mouse and, of course, Walt Disney.

Related: 10 Powerful Walt Disney Quotes To Inspire You and Lift Your Spirits

In a past article on Boyer’s life and career, D23 explained many of his achievements. During the artist’s nearly 40 years with Disneyland, he produced nearly 50 collectible lithographs, company-commissioned oil portraits for retiring employees, and a wide range of artwork for anything and everything from magazine covers to brochures to flyers. His ability to create exceptional art in all media (including pastels, oils, watercolors, gouache, acrylics, pencil, and ink) made him a legendary artist, and his works are still highly sought after by collectors and Disney fans worldwide, even to this day.

“I’ve worked with such great people. My wife used to ask if I was actually getting any work done, because I was having so much fun,” the artist and Disney Legend shared on his retirement in 1999.

If you are an art collector of a fan of Disneyland artwork, in particular, be sure to look into Boyer’s past work. His beautiful tribute to firefighters, “Mickey and the Fireman,” is included below:

When we are able to return to Disneyland in the future, we know we will stroll down Main Street, U.S.A., remembering the legends, artists, and storytellers who made the park and Disney magic what it is today. Charles Boyer is a true Disneyland icon who will never be forgotten.

Read More: Walk in Walt’s Shoes: How to Experience Disneyland Just as Walt Disney Would

Our hearts are with Charles Boyer’s family, loved ones, and friends during this time.