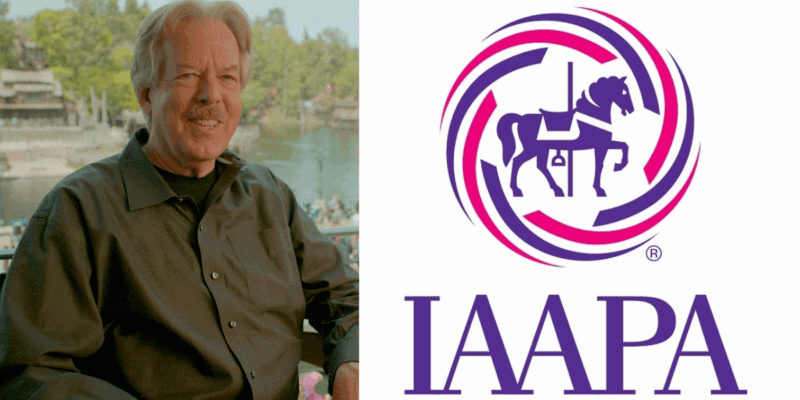 Though the International Association of Amusement Parks and Attractions (IAAPA) won’t be meeting in person in Orlando, Florida next week as the association typically does annually, the global amusement and entertainment organization is holding a virtual education conference instead. Ahead of the conference, the IAAPA has named three Hall of Fame inductees, including Imagineer and Disney Legend Tony Baxter.

Related: How to Be an Imagineer, According to Disney Legend Marty Sklar

Here are details about all of the 2020 Hall of Fame Inductees:

Tony Baxter, Walt Disney Imagineering – The famous Imagineer was received the prestigious Disney Legend accolade in 2013 for his work on attractions such as Big Thunder Mountain Railroad, Star Tours, Journey into Imagination, Indiana Jones and the Temple of the Forbidden Eye, and Splash Mountain. His contributions to Disney theme parks, including revolutionary ride vehicles, have aided Imagineering and theme parks across the globe. This year, IAAPA is award Baxter for his outstanding career and lasting legacy.

The IAAPA shared this official statement regarding the Hall of Fame induction on their website:

Related: Tony Baxter Would Come Out of Retirement to Redo ‘Figment’

Tony Baxter shares this award with Disney Legend Marty Sklar, as well as the Themed Entertainment Association’s THEA Lifetime Achievement Award. Both have a window dedicated to them on Main Street USA in Disneyland Park.

While it’s no surprise that Baxter would receive such a prestigious award for his outstanding and inspirational career, we here at Inside the Magic could not be more pleased for Disney Legend Tony Baxter’s achievements and induction into IAAPA’s Hall of Fame.

Is Tony Baxter your favorite Disney Legend? Let us know in the comments below!