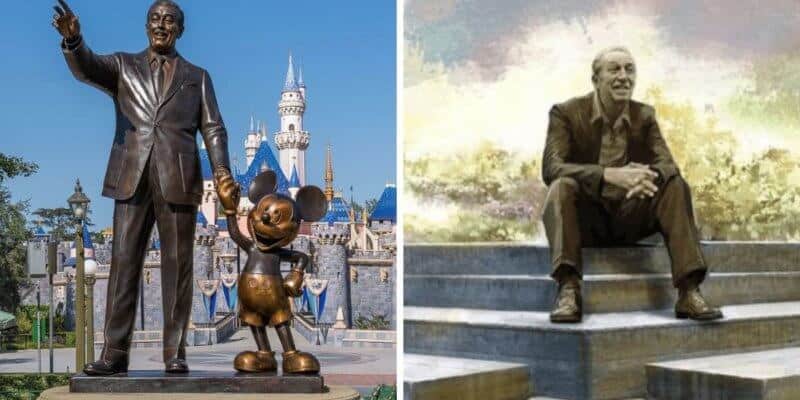 Disney fans should be excited because we aren’t just getting one Walt Disney statue in the near future, but we’re getting two!

Recently, the Walt Disney Company announced that Guests will soon see a brand new Walt Disney statue at one theme park in Walt Disney World Resort. This statue was previously announced and is set to be built in the new World Celebration neighborhood near Spaceship Earth at EPCOT.

The soon-to-be Walt Disney statue will be located in the Dreamer’s Point area of the theme park and, though we do not have an exact timeline for when we will see this statue, we can only hope it will debut in time for Walt Disney World’s 50th anniversary!

Dreamer’s Point will also offer spectacular views and will feature lush gardens, a wishing tree, an interactive new fountain, and a new statue that pays homage to Walt. “You all know that Epcot was Walt’s dream,” Chapek said, “and we all imagine him along with us, looking out from this very spot.”

And now, we just found out we will be getting a second Walt Disney statue in the United States — the second one being included in the “National Garden of American Heroes”.

If you aren’t familiar with what the “National Garden of American Heroes” is, the Executive Order states:

The National Garden will be built to reflect the awesome splendor of our country’s timeless exceptionalism. It will be a place where citizens, young and old, can renew their vision of greatness and take up the challenge that I gave every American in my first address to Congress, to “[b]elieve in yourselves, believe in your future, and believe, once more, in America.”

The “National Garden of American Heroes” will showcase individuals who embody the “American spirit”. The Executive Order states:

In short, each individual has been chosen for embodying the American spirit of daring and defiance, excellence and adventure, courage and confidence, loyalty and love. Astounding the world by the sheer power of their example, each one of them has contributed indispensably to America’s noble history, the best chapters of which are still to come.

Now, thanks to Andrew Solender, we have a list of just who exactly sitting President Trump wants to include in the “National Garden of American Heroes” — One of them being Walt Disney!

NEW: Trump signs a new executive order with a long list of names for his "National Garden of American Heroes."

"Each individual has been chosen for embodying the American spirit of daring and defiance, excellence and adventure, courage and confidence, loyalty and love." pic.twitter.com/dcVeK1MYxR

This Walt Disney statue will be the second of the two statues coming to the United States in the near future.

Are you excited for the new Walt Disney statues coming to the United States? Let us know in the comments below.