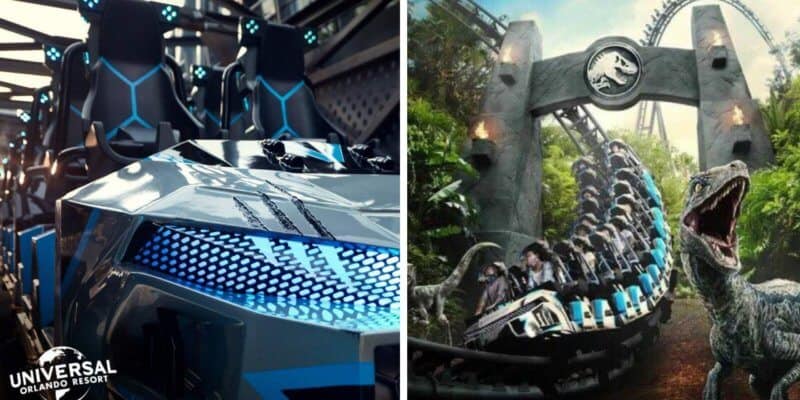 As summer 2021 now feels closer than ever, Universal Orlando is beginning the hype that is needed to accompany their latest attraction: VelociCoaster.

VelociCoaster is a Jurassic World based IP coaster that will debut this year at Universal’s Islands of Adventure. As if the looming rockwork and jaw-dropping coaster views from the lagoon were not enough to excite Universal guests, Universal is taking to Twitter to spark the VelociCoaster conversation on social media.

Universal Orlando Resort (@UniversalORL) recently tweets a series of emojis only comprised of a T-Rex and roller coaster emoji. When you look at the photo, you can see that the dinosaurs are positioned perfectly to spell out 2021.

Considering the VelociCoaster — a dinosaur-themed roller coaster — is coming out in 2021, it is quite obvious that this attraction is what Universal is referring to.

Currently, we do not know when exactly VelociCoaster will be open to the public. Many excited guests are responding to the Tweet asking when the ride will open, to which Universal has a set response:

Keep an eye out on our website and/or social media channels for updates! 🙂

Keep an eye out on our website and/or social media channels for updates! ?

The overall tone of their answer to this question is enthusiastic and also hints towards an opening date being released soon. Universal could have easily said summer 2021, as they have previously stated both on social media as well as their website, but now is swaying away from that generalized timeline. By focusing on having guests keep an eye out on Universal’s socials, Universal’s subtext here may be that there soon will be a reason to keep an eye out.

This Tweet and possible easter egg come after Universal Orlando created new concept art for the attraction, and also set up a separate page on the Universal Orlando website where guests can sign up for VelociCoaster newsletters and updates. Considering VelcociCoaster is Universal’s major attraction of 2021, after the tough year the parks had to face due to the pandemic, it is clear Universal is pushing full force to have guests excited to ride VelociCoaster, and visit Universal.

From the exterior, VelociCoaster does look complete. The coaster itself has undergone heavy testing, and the exterior looks like a highly immersive prehistoric padlock area. Combining the coasters ready looking appearance with Universal’s promotion of it, an opening date will hopefully be announced shortly.

Will you be heading to Universal Orlando in 2021 to ride the VelociCoaster? Let us know!

Comments Off on Universal Creates Hype for VelociCoaster on Twitter