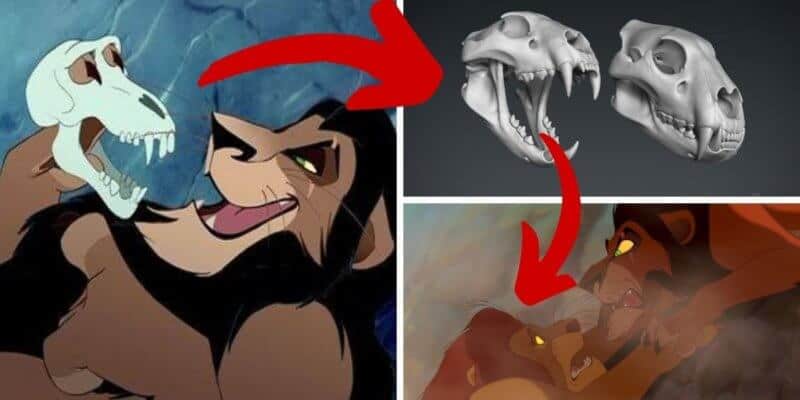 Maleficent, Ursula, Jafar, the Evil Queen, Yzma, Queen of Hearts, Hades — The Disney villains we know and love are some of the worst bad guys out there. But who is the evilest of them all? A new fan theory may have just given us that answer.

Scar from The Lion King is easily one of the most iconic Disney villains — I mean, not only did he murder his own brother to become King of The Pride Lands, but he also sent hyenas after his cub nephew so that he wouldn’t take the title of King before Scar could. But if this wasn’t enough to convince you that Scar is the evilest villain out there, maybe this new fan theory will.

First, in case you aren’t familiar with The Lion King, it tells the story of a young lion named Simba (which is Swahili for lion) who is to succeed his father, Mufasa, as King of the Pride Lands. However, after Simba’s uncle Scar murders Mufasa, Simba is manipulated into thinking he was responsible and leaves the Pride Lands to never return.

Now, a video has begun making its rounds on social media that poses the question, “After Mufasa’s death, what happened to his body?” Well, one The Lion King fan decided to do a little digging.

First, he looked up whether hyenas eat lions, in which the answer is no — so this rules out the possibility of all of Scar’s hyenas actually eating Mufasa’s body.

The fan then decided to see if there were any other animals that eat lions when he quickly discovered that despite the fact that no other animals eat lions, there is one specific animal that does — other lions!

With this being said, the fan then remembered the fact that during one scene in the film, Scar is singing with a skull on his paw (see the photo below).

This made the fan start to think, What type of skull is that? Could that be a lion skull? Well, according to Google, that is exactly the same shape as a lion skull…So, does this mean Scar not only murdered his own brother to become king but he also ate the body to get rid of the evidence?

If you need more convincing, you can watch the full video of this Lion King theory here:

So, what do you think? Did Scar eat Mufasa? Let us know your thoughts in the comments below.