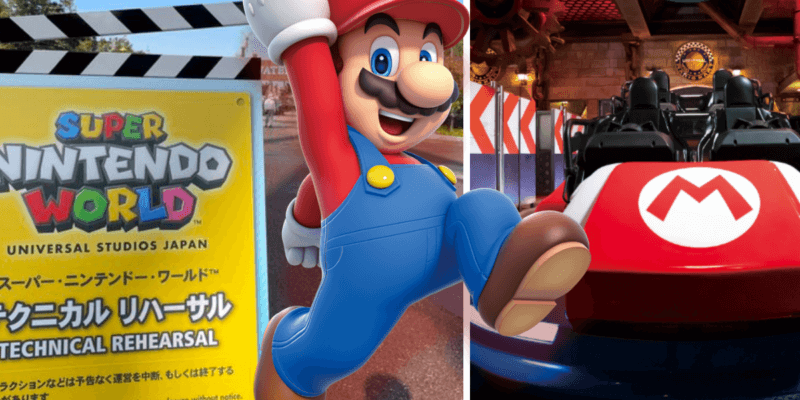 You may have heard that the grand opening of Super Nintendo World has been delayed from its original February 4, 2021 date due to the ongoing pandemic. That is still correct and we do not have a new opening date set from Universal. However, Super Nintendo World has held soft openings which they describe as “rehearsals” with Guests who visit Universal Studios Japan. These soft openings are random and not guaranteed when you visit.

As a stipulation of the soft opening, Universal has asked that Guests do not post any pictures or videos of Super Nintendo World until the day of its official grand opening.

In previous soft openings, it was explicitly stated that Mario Kart would not be open. However, for the very first time, Guests will be able to ride the attraction as it soft-opened with the land yesterday at USJ! Here is a tweet from Universal fan and reporter @jo_taku150 on Twitter who shared the big news:

Mario Kart: Koopa’s Challenge or Mario Kart: Bowser’s Challenge, as we will most likely call it in North America, is a new ride system that integrates the use of augmented reality through Mario-themed glasses to bring riders into the world of Mario. Universal described the attraction as:

Related: When Will Universal’s Mario Kart Attraction Open in the U.S?

We cannot wait to ride this innovative attraction ourselves. For now, we will have to settle with reading the reviews of the ride that will circulate on social media by the lucky theme park goes who got the chance to ride the attraction!

Are you excited to ride Mario Kart when Super Nintendo World opens? Let us know in the comments!

We can help you book the perfect Universal vacation, click here for more details!