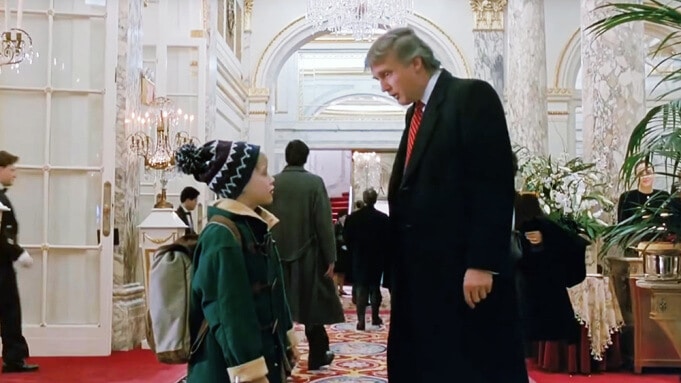 After Disney’s acquisition of  20th Century Fox — now 20th Century Studios — the Walt Disney Company gained many new IP’s through the various television series and movies that were part of the Fox brand. One of those newly acquired franchises was Home Alone. Lately, the Home Alone films, specifically Home Alone 2: Lost in New York, has been a popular topic of conversation.

The debate regarding this film currently surrounds replacing current President of the United States Donald Trump in the sequel film. Donald Trump, long before his Presidential campaign, had a small cameo in the film, one which director Chris Columbus claims Trump strong-armed the production into.

One of the scenes in the film takes place at The Plaza Hotel in New York City, which is owned by the Trump Organization. Apparently, according to the crew, the production was only allowed to use the hotel as part of their set if they allowed Donald Trump to have a cameo in the film.

You may recall a scene where young Culkin asks a gentleman in New York’s iconic Plaza Hotel where the lobby is. That man is indeed sitting President Donald Trump. Of course, Donald Trump is now surrounded by complicated political controversy which has had many Home Alone fans wanting to rid his guest appearance in the film. We recently reported on a petition which asks for Trump’s cameo to be replaced by President-Elect Joe Biden. Although the likelihood of that specific swap is not high, fans are not the only ones who would like to see Trump replaced in the holiday classic. 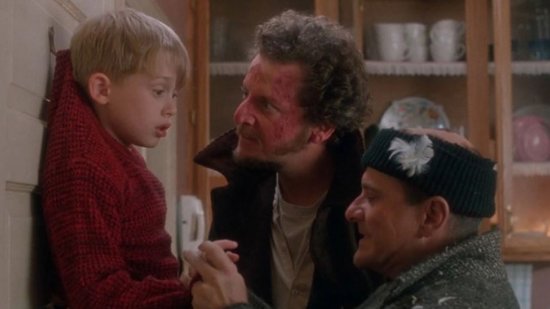 This request which was answered by the franchise’s main character. Macaulay Culkin (@IncredibleCulk) responded, “Sold”.

Another Home Alone fan Maxschramp (@maxschramp) took things one step further by editing the original footage of the film to remove Trump entirely, almost as if he were a ghost. Although the Twitter user was not able to create a second older Culkin in Trump’s place — erasing him entirely still goes along with the replacement request. Culkin even replied to the edit saying, “Bravo”.

The only way to possibly replace Donald Trump would be through some heavy CGI editing where editors could theoretically change the face of the character. Disney has proven successful with this method in the past, especially when we look at CGI Mark Hamill’s reprisal of Luke Skywalker in The Mandalorian Season 2, Episode 8 (“Chapter 16: The Rescue”). Whether or not that will ever happen is another question entirely.

If Disney did want to rid the film of the Donald Trump appearance, the easiest move would be to follow in the footsteps of the CBC and just cut the scene entirely. Disney however has yet to comment on this, so this subject currently remains nothing more than a possibility.

If you want to take a peek at the scene, you can watch it here!

Do you think that Disney should get rid of Donald Trump in Home Alone 2? Who would you suggest to replace the character?