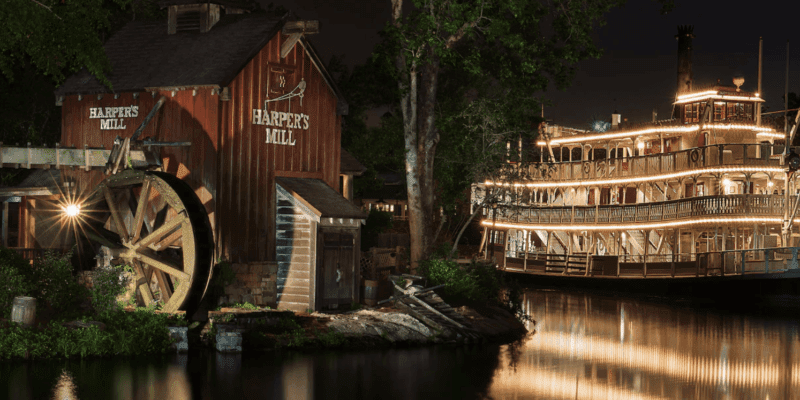 When a Disney attraction has to close down to undergo a refurbishment or maintenance, although Disney fans know it is necessary, we still count down the days until we can ride once again! In the interim, it is also hopeful and exciting to see the progress of an attraction as it returns to its magical self.

Disney World’s Rivers of America, located in Magic Kingdom, is the main thing that allows both the Liberty Belle Riverboat and the rafts to Tom Sawyers Island to operate. Previously, we saw the entirety of the Rivers of America fully drained, with Imagineers working on-site to conduct maintenance to the boat tracks.

Considering the Rivers of America occupies such a large space, having it fully drained has been quite a shock for Guests in comparison to how beautiful and tranquil it typically looks. However, Guests can get ready to once again see the Rivers of America in its normal state because it looks as though the river is being filled with water!

Twitter user Ryan (@Woody_Donut) took to Twitter to showcase the below photo of the Rivers of America beginning to fill up once again.

Another Disney fan, Jon Bisceglia (@dumbfrog) also confirmed the news by Tweeting, “They are finally filling the Rivers of America in MK,” directly from the Magic Kingdom Park!

They are finally filling the Rivers of America in MK

Unfortunately for Liberty Belle Riverboat and Tom Sawyer Island fans, the filling of Rivers of America does not mean the attraction will be returning immediately. According to the Walt Disney World refurbishment calendar, both attractions will return to their scheduled operations as of March 1, however, Disney could move that date back as these dates are always subject to change.

As we have seen for the popular Tomorrowland attraction, the PeopleMover, Disney has pushed back reopening dates for attractions in the past that have been under refurbishment for a decent amount of time. With this being said, Guests should continue to check the refurbishment calendar for the most up-to-date information.

That being said, considering Disney is already re-filling the river is fantastic news! This means that all of the trackwork is complete, and the refurbishment is likely on schedule.

Over in Disney’s Hollywood Studios, the Fantasmic! the lagoon is also drained, but there have been no sights of water returning, hinting that Fantasmic! is in no rush to return.

If you want to visit Disney World, you can begin planning that magical vacation today! Click here to get started.

Do you miss Magic Kingdom having a filled Rivers of America? Let us know if you think it adds value to Magic Kingdom!