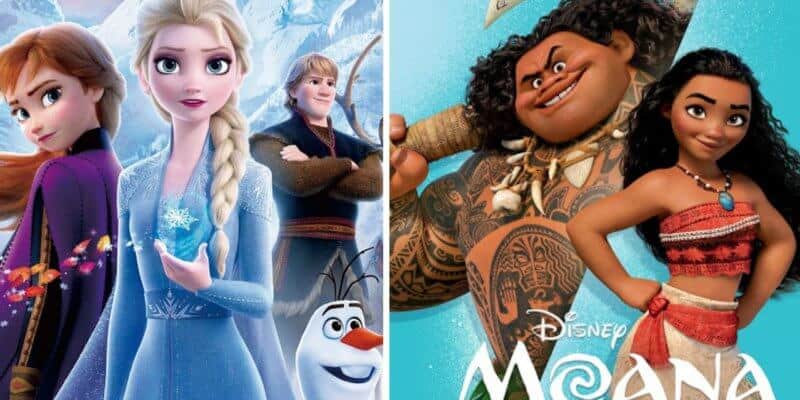 Disney+ has quickly gained popularity since it debuted on November 12, 2019, and after a year, the streaming platform has claimed a seat at the table with top streaming site, Netflix. Interestingly enough, the streaming veteran has a strong reason to fear the brand new streaming service.

Entering the streaming game just shy of a pandemic that caused everyone in the world to stay indoors may have given Disney+ some beginner’s luck, but it seems that the streaming service is only picking-up more subscribers each day. At the end of 2020, Disney+ was boasting just shy of 87 million followers. At the same time, Netflix more than doubles that subscriber number with 193 million. However, it is important to note that Netflix also has a 12-year head-start on Disney+, since it debuted in 2007.

This means that Netflix has years of additional original content and has also had time to work out any kinks within its service, ultimately ironing out a smooth way to continuously offer new content on the platform. Disney+ began with classic IP films and series, and a very small amount of original content, including The Imagineering Story and hit show The Mandalorian. The service will continue to up its Disney+ original content game on a much larger level in 2021 onward with both Star Wars and Marvel content taking center stage.

Previously, we discussed how Disney+, although it has fewer subscribers. was beating Netflix at their own game.

According to a Yahoo! Finance report:

Disney’s core streaming app has overtaken Netflix as the fastest-growing streaming platform on the market. Over the past 3 quarters, Disney+ has added an astounding 47.2 million subscribers, and its growth is accelerating every quarter with further international penetration.

Netflix has added 28 million in 2020 thus far, but it’s experiencing a massive deceleration with only 2 million new subscribers being added this past quarter. It appears that Netflix might be hitting a growth ceiling as its potential international customers consider their options.

From this, we can see that Disney+ is having much quicker growth as it is appealing internationally and, seemingly, to all ages.

In 2020,  it seems that Disney+ movies dominated Netflix films. The Dis Insider reported that out of the top 10 films streamed in 2020, seven were from Disney+, while only a mere three came from Netflix. The top 10 streaming movies of 2020 are as follows:

Even after releasing far less new content in 2020 due to pandemic production shutdowns, Disney+ is still capturing a higher number of audience members through its films via streaming. Many of the Disney films that were heavily streamed, such as Moana — a movie that was released in 2016 — prove that Disney fans clearly are very pro-nostalgia, which gives the films a high level of watchability that many Netflix films, like certain romantic comedies, do not have. People don’t necessarily return to watch these movies again and again.

The Dis Insider noted that “Just yesterday, Netflix released a sneak peek at several movies hitting the platform this year, and pledged to debut a brand new film every single week to give viewers something to keep coming back for.”

It will be interesting to see if this move can combat Disney+’s new content and increasing subscriber base.

If you had to pick on streaming service to continue to use, would you pick Netflix or Disney+?

Comments Off on Netflix Movies Struggle to Compete With Disney+