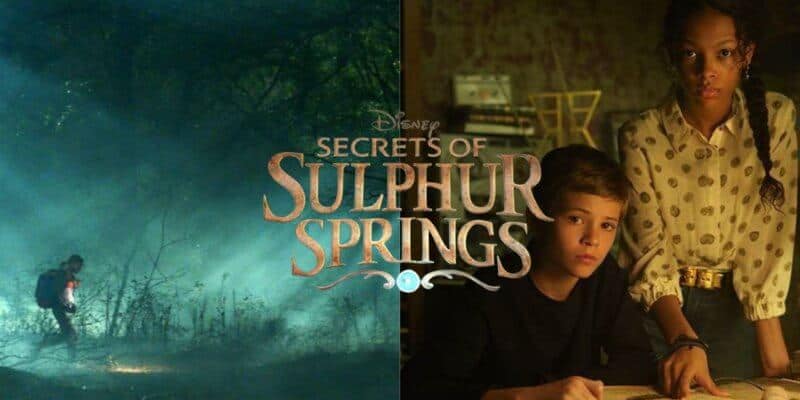 Lately, when it comes to film and television, Disney has been dominating. Disney+ is constantly slating new shows for debut and, from Star Wars to Marvel, there is always something for everyone. Now, it seems Disney is venturing into the world of the paranormal.

Disney’s content is famous for being wholesome and family-friendly and, at first, the idea of a horror show coming to Disney Channel could seem like a direct juxtaposition to this reputation. However, this spooky show is actually going to be kid-friendly!

Disney Channel  is set to release Secrets of Sulphur Springs in early 2021, and according to the website BloodyDisgusting:

“Griffin Campbell (Preston Oliver) and his family move to the old Tremont hotel in the town of Sulphur Springs. The entire town believes that the hotel is haunted by the ghost of a girl named Savannah (Elle Graham), who disappeared over 30 years ago. When Griffin and his new best friend Harper (Doctor Sleep‘s Kyliegh Curran) try to solve the mystery of what happened to her, they find a portal that lets them travel back in time, where they learn that the secret to solving the mystery is meeting Griffin’s own father!”

Secrets of Sulphur Springs will be debuting January 15 on Disney Channel — while the Disney streaming service, Disney+, will be releasing the new Marvel series WandaVisision on the same day.

Interestingly enough, the show’s plot is semi-reminiscent of the popular Disney attraction The Twilight Zone Tower of Terror. In this attraction, we also deal with a haunted hotel, as well as a missing little girl — however, in the attraction, it is a young girl and the rest of her family. Plus, the lightning strike in the trailer of the show made it easy to let this reporter’s mind wander into the proverbial twilight zone.

Secrets of Sulphur Springs will likely not tie into the Hollywood Studios attraction backstory, but it does draw some interesting parallels between the two worlds.

If you want to check out the trailer for Secrets of Sulphur Springs click below.

At the moment, we do not have confirmation as to when or if this show will appear on Disney+. However, considering Disney’s new focus on streaming, it could likely one day appear on the streaming network.

Will you be watching Secrets of Sulphur Springs? Do you think the new show is too scary for you from what we see in the trailer? Or would you prefer scarier?