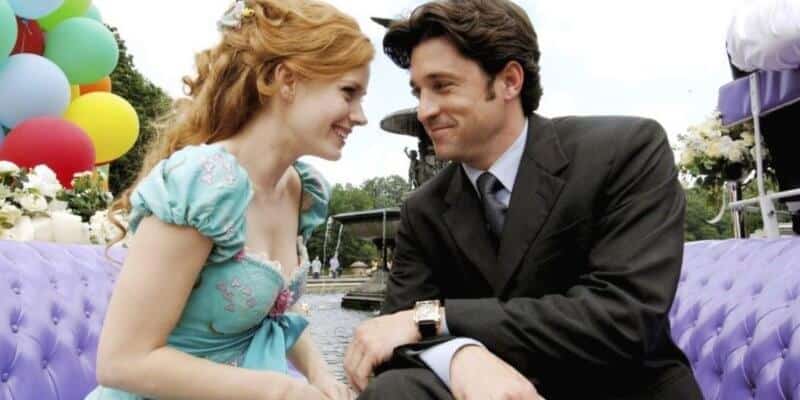 Fans of the Disney film, Enchanted, have been waiting for quite some time to see the highly anticipated sequel. Luckily, it was recently confirmed during the Disney Investors Day 2020 event and fans were ecstatic!

Disenchanted, which is the name of the upcoming sequel to the popular film Enchanted, will be coming soon to Disney+ with both Amy Adams returning as Giselle and Patrick Dempsey, who played Robert Phillip. Earlier this year we reported that original Enchanted star James Marsden spoke out about the possible sequel, but at this time, he has not been confirmed to return.

But the best news? Now, you could be a star in the upcoming sequel alongside Adams and Dempsey!

The Walt Disney Company is currently looking for technically trained dancers for “an upcoming Musical Feature Film which will shoot in Ireland”. It was previously confirmed that filming for Disenchanted will begin filming this spring — in Ireland!

Choreographer and Director, Belinda Murphy, took to Instagram to share the job listing, which states that the company is currently looking for dancers to play characters ranging from 18 years to 60 years, all ethnicities, shapes, and sizes are welcome. There will be elements of ballet, waltz, and jazz and strong tap dance skills are a plus.

You can see the entire job listing below.

Make sure you are signed up for Disney+ so you can watch Disenchanted when it hits the streaming service, plus so much more, coming soon to Disney+ in the next year! You can get started by clicking here.

Will you be auditioning to star in Disenchanted? Let us know in the comments below.