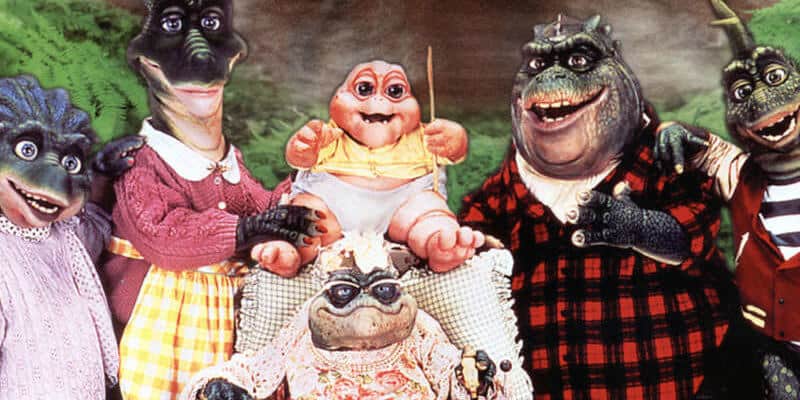 The Jim Henson Company production was known for its social satire and periodic cynicism – in fact, the sarcasm is what made the show so appealing to many viewers. The show did appeal to all ages, however, thanks in large part to precocious Baby Sinclair (performed by Sesame Street Elmo puppeteer, Kevin Clash).

The show was developed by Jim Henson shortly before his death and continues to have a loyal fan base, even though it has been off the air for nearly 30 years. Twitter is abuzz with fan reactions to the show’s imminent Disney+ debut — it was taken off of Hulu a couple of years ago, so viewers have been waiting quite some time to be able to watch Baby Sinclair and his hilarious family on a streaming platform again!

Can’t wait for dinosaurs to be on Disney+ already. Been sad ever since it was removed from Hulu.

Can’t wait for dinosaurs to be on Disney+ already. Been sad ever since it was removed from Hulu. pic.twitter.com/YdxppRqH6P

Related: All Seasons of ‘The Muppet Show’ Coming to Disney+!

Jenny Henkelman spread the word about the upcoming Disney+ premiere:

Oh HEY did you about Dinosaurs coming to Disney+??

Oh HEY did you hear about Dinosaurs coming to Disney+??

FYI – Disney+ is bringing Dinosaurs to its service

FYI – Disney+ is bringing Dinosaurs to its service

If you’ve been missing the ’90s, you’re going to want to grab a Capri Sun and some Dunkaroos and settle in for a nostalgic afternoon of Dinosaurs on January 29!

Are you looking forward to hearing “I’m the baby, gotta love me” again?