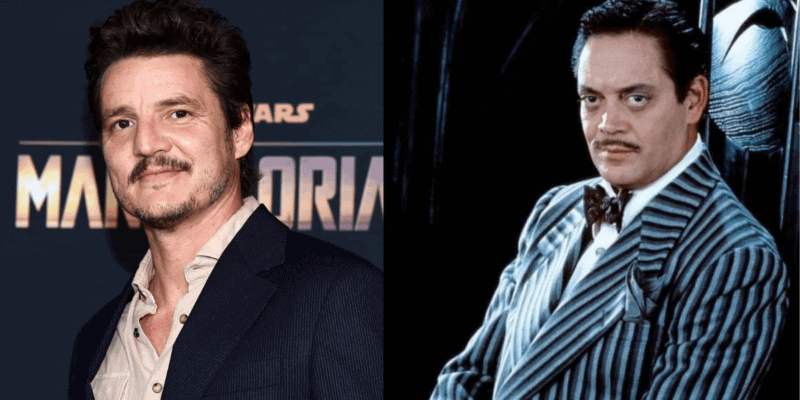 The Mandalorian and Wonder Woman: 1984 actor is trending on social media as fans campaign for the actor to lead Tim Burton’s The Addams Family reboot.

Recently named “Entertainer of the Year” by Entertainment Weekly, Pedro Pascal, the 45-year old, Chilean-American actor has become one of the most famous faces in Hollywood, despite his most popular character –Din Djarin, from The Mandalorian on Disney+ — rarely removing his helmet.

Created by cartoonist Charles Addams in 1939, the famous comic strip eventually turned into a now-classic TV series in 1964. 2019’s animated The Addams Family is the latest interpretation of the franchise but didn’t do well with critics.

Related: Pedro Pascal Says the Mandalorian Could Appear in the Next ‘Star Wars’ Movie

Over the years, The Addams Family has become a cultural icon. Wednesday Addams is a go-to Halloween costume, as well as a spirit animal for some.

The most famous interpretation of Gomez Addams is Raul Julia’s portrayal in the 1991 and 1993 films, but Pedro Pascal could soon claim that title. The Mandalorian has propelled the actor into new heights, with new feature films scheduled for the coming years under his Beskar belt.

With Wonder Woman: 1984 debuting this Christmas on HBO Max, fans get another dose of The Mandalorian actor. Undoubtedly, this campaign for Pedro Pascal to play Gomez Addams in Tim Burton’s TV series The Addams Family will gain more momentum.

Screen Rant did confirm Burton’s Addams Family is in the early development stages. There are no confirmed release dates or casting choices, but fans these days can’t wait to make their own cast for films and TV shows.

Don’t worry, Pedro Pascal is returning for The Mandalorian season three and could even appear in the next Star Wars movie.

With no information on Tim Burton’s latest remake, we hope that Pedro Pascal’s name could be brought to the table and lead the new TV series.

Do you want Pedro Pascal to play Gomez Addams? Let us know in the comments below!