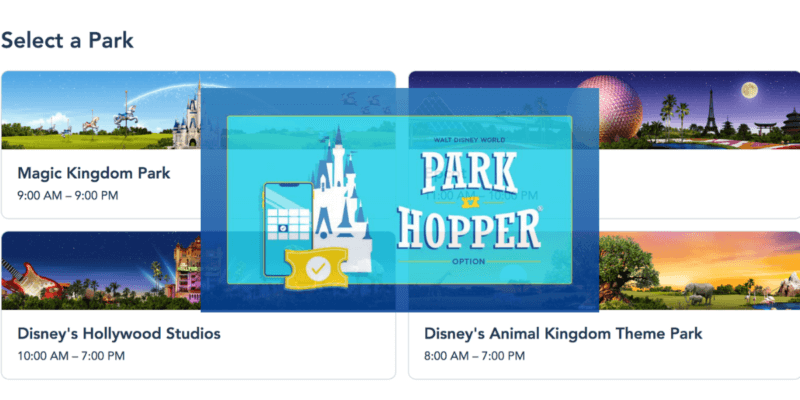 We are now less than two weeks away from Park Hopping finally returning to the Walt Disney World Resort! But, it will look a little bit different, and more care might be required when planning out your visits in January 2021 compared to how one could Park Hop in January 2020.

So, for those fans looking to be one of the first to return to multiple parks in one day, here’s what you need to know about the modified experience!

We at Inside the Magic confirmed on the Walt Disney World Resort website that new, modified Park Hopper hours had been added to the theme park hour calendar.

As Disney stated in its original announcement, the Park Hopping hours begin at 2:00 pm and last through park closing.

Since the original publication of this article, Walt Disney World has extended the operating hours of its theme parks to coincide with the return of Park Hopping.

On January first and second:

EPCOT is still set to be open from 11 am – 8 pm, making it one of the rare times, recently, where it is not the last park to close. 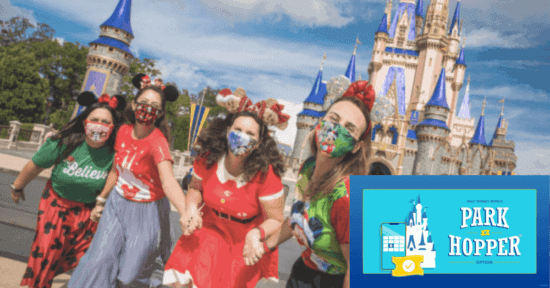 New Park Hopping comes with some new rules. Guests will still have to secure a Park Pass Reservation for their first park of the day and will not be able to enter their second park until 2:00 pm. The park hopping hours are contingent upon the hours of each theme park–meaning the hours for one Disney park could be shorter than another — as well as theme park capacities. Disney World is still limiting its theme parks to 35% normal capacity.

Read More: Disney Modifies Park Hopping: What We Know for 2021

Due to variables like park hours and the situation with Rise of the Resistance, it becomes more important that you plan your Disney day accordingly. Especially which parks do you want to visit and in which order?

If you are desperate to experience Rise of the Resistance, it becomes imperative that you secure your Park Pass reservations for Disney’s Hollywood Studios and begin your day there. If you want to log the most possible hours in Disney theme parks, then you want to start with Park Passes for the earliest theme parks to open and then hopping to the park open the latest. In most recent cases, according to the latest park hours calendar, the park opened earliest is either Disney’s Animal Kingdom or Magic Kingdom Park, and the park opened latest–as well as the park to open latest–is EPCOT. The only exception appears to be for January 1-2 where Magic Kingdom is both the earliest open (tied with Animal Kingdom) and the last to close.

Disney World did not set a limit on how many parks a Guest could visit after 2 pm, but please remain mindful of capacity limits when deciding on which parks to visit and when.

It should also be mentioned that EPCOT will be hosting a modified version of the International Festival of the Arts beginning in January, and the Electrical Water Pageant also appears to be returning to the Seven Seas Lagoon just outside of the Magic Kingdom, so if you really want to experience one of these things, make sure you plan accordingly.

Regardless of whichever schedule you choose, remember that park-to-park transportation will also be making a return to Walt Disney World for easier abilities to park hop.

It also helps to have a team of experts behind you helping you adjust to this new park-hopping method. That is why we continue to recommend our friend at Academy Travel. Backed with years of experience and award-winning customer service, Academy’s travel agents have what it takes to work with you and help you plan every aspect of your Walt Disney World Resort vacation so it is as magical as possible. Click here to get started and to receive your free, no-obligation quote today!

Are you excited for Park Hopping to return? Let us know in the comments!

Comments Off on Park Hopping Returns in Two Weeks: A Quick Guide