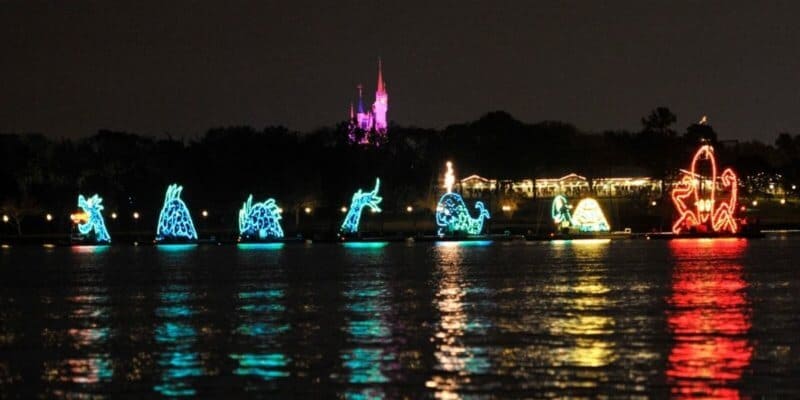 Back in June, Disney announced its iconic electrical water pageant would not be returning for the time being. However, it looks like Disney World may be gearing up to bring this popular attraction back as barges were just spotted on the water at the end of November!

Now, thanks to a Disney fan who sent this video to Inside the Magic, we are seeing Disney testing the barges! You can clearly see the barges are now lit up and the sound is on! Check it out below (and make sure your volume is all the way up because this is exciting).

Please keep in mind, even though it seems Disney is currently testing the Electrical Water Pageant, Disney has not made an announcement as to when this attraction will return. Inside the Magic will keep you posted as we get new information.

In case you aren’t familiar, Disney describes this attraction as:

Once Disney does bring back the Electrical Water Pageant, Guests can catch the show at various times and locations around the Magic Kingdom area. (Keep in mind, at this time there are currently no showings of Happily Ever After).

Walt Disney World breaks down all the information on where to catch the Electrical Water Pageant:

Watch the Pageant—then stay for the Happily Ever After fireworks spectacular—from viewing spots along the shore at these locations:

On evenings when the Happily Ever After fireworks show begins at 9:00 PM, the Electrical Water Pageant will follow the fireworks’ grand finale.

Be sure to check with a Resort hotel front desk for showtimes. Since this is an outdoor show, it is subject to cancellation due to inclement weather.

Are you excited to see Disney testing the Electrical Water Pageant? Let us know in the comments below.