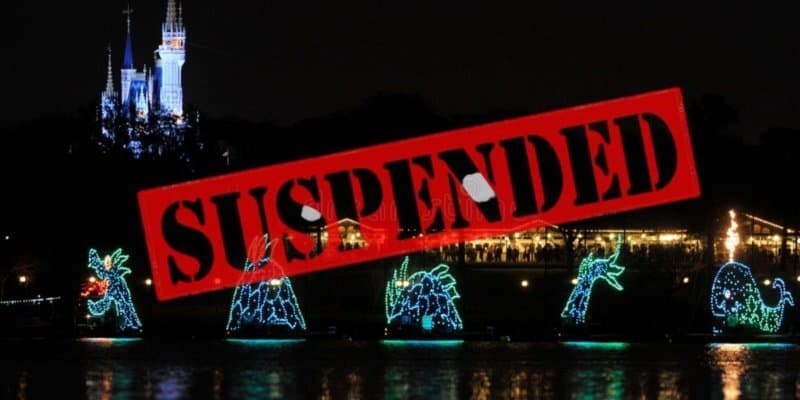 Walt Disney World recently just released information regarding certain entrainment upon reopening. And according to Disney, “During the initial reopening period, some benefits may be modified or unavailable”.

One of the experiences that stood out to us was the iconic and very popular Electrical Water Pageant parades.

Temporarily Unavailable
The following amenities and experiences will not be available during the initial reopening period:

If you are unfamiliar with the Electrical Water Parade, the official Walt Disney World description reads:

An Underwater World of Mystery

Upon reopening to the Walt Disney World Resort to the public, the company is implementing a new reservation system in order to manage capacity. Part of this reservation system includes Annual Passholder entry. At first, we weren’t sure how Disney would be managing guest capacity or their Annual Passholders, however, Disney has stated that due to this unprecedented time, an annual pass will not guarantee park entry.

We also know that when Disney World reopens to guests come mid-July, things at the theme park will look a lot different. Social distancing measures will be put in place, excessive cleanliness, encouragement of mobile orders, plexiglass, the elimination of character meet and greets, parades, fireworks and other similar entertainment that draws a crowd, and much more.

Are you upset to see the Electrical Water Pageant suspended? Let us know in the comments below.