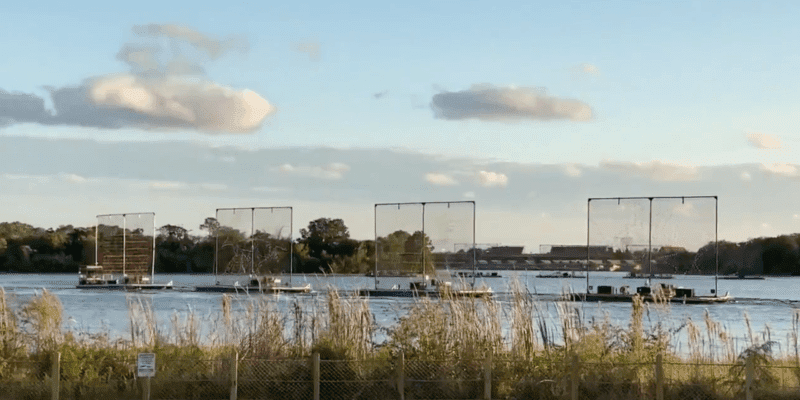 It looks like another bit of nighttime magic is making its return to Disney World. The barges for Disney’s Electrical Water Pageant were spotted making their rounds across the Seven Seas Lagoon outside the Magic Kingdom this afternoon.

“Electrical Water Pageant barges out on the water. Didn’t someone say they heard the music playing the other night?”

Electrical Water Pageant barges out on the water. Didn’t someone say they heard the music playing the other night? ? #WaltDisneyWorld pic.twitter.com/M3Nwd3loyD

It appears that they are still practicing as there was no video posted of the parade tonight, but this is a welcomed sign that more magical elements are making their way back to Disney World.

Walt Disney World describes the spectacle on its website as the following:

An Underwater World of Mystery

Disney World’s website still says the show is temporarily unavailable. But before the closure, the Electrical Water Pageant made the following route:

Disney’s Contemporary Resort – beginning at 10:15 PM; in instances when the Happily Ever After fireworks show takes place at 10:00 PM, the Electrical Water Pageant will begin shortly after its conclusion.

Right outside the entrance of Magic Kingdom park – beginning at 10:35 PM, during Extended Theme Park Hours only.

This reporter remembers watching the beautiful floats go by as he waited in line for the Resort Monorail to take him home.

The pageant is one of those subtle bits of magic and we at Inside the Magic will keep our ears to the ground, ready to update our readers when more information comes to light. Especially regarding the official restart date and how this parade will affect the new walkway between the Magic Kingdom and the Grand Floridian.

Planning a trip back to the Magic Kingdom? Our friends at Academy Travel are standing by ready to help! Click here to learn more and to receive your free, no-obligation quote today!

Are you excited to see Disney’s Electrical Water Pageant Return to the Magic Kingdom? Let us know in the comments!