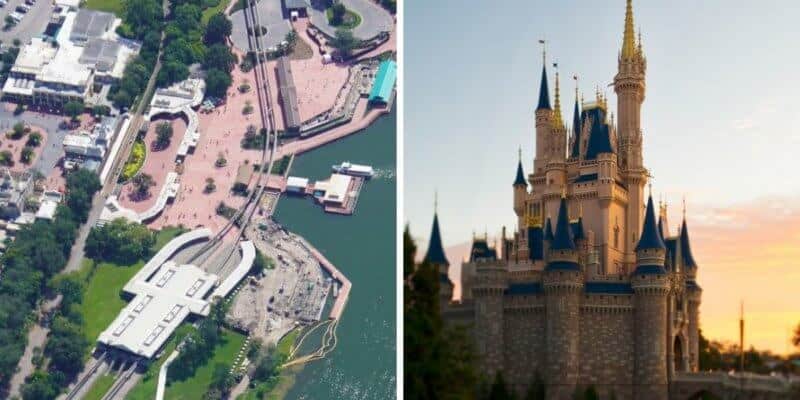 Walt Disney World is constantly moving forward, as Walt once said, and continues to update older attractions as well as build brand new ones. The company also consistently reworks pathways and waterways in order to ensure that Guests have the quickest and safest way of traveling to the theme parks from the Resorts on-site.

For quite some time now, one of those construction projects and updates is the Magic Kingdom entrance plaza. The Walt Disney Company has been building a new walkway path from Disney’s Grand Floridian Resort and Spa to the Magic Kingdom, much like the walkway from Disney’s Contemporary Resort to the same theme park.

Related: Which Construction Projects Are Still Moving Forward at WDW?

Aerial look today at the soon to be completed pedestrian walkway between Magic Kingdom and Grand Floridian. There's a pivoting bridge at center, and a fixed bridge at right. pic.twitter.com/um52JMI4gq

In @bioreconstruct’s second Tweet we see another view of the pivoting bridge in the walkway between Magic Kingdom and Grand Floridian.

Related: Construction Continues on Guardians of the Galaxy Ride at EPCOT

Aerial look at the pivoting bridge in the pedestrian walkway between Magic Kingdom and Grand Floridian. Allows watercraft traffic (like Electrical Water Pageant at left) to pass. The Liberty Belle steam boat also passes through here for access to the Bay Lake service area. pic.twitter.com/eFyiwbVLuH

The third and final Tweet shows an aerial view of the construction at Magic Kingdom’s entrance place which includes a brand new boat dock!

Are you excited to see the progress being made at Magic Kingdom? Let us know in the comments below.