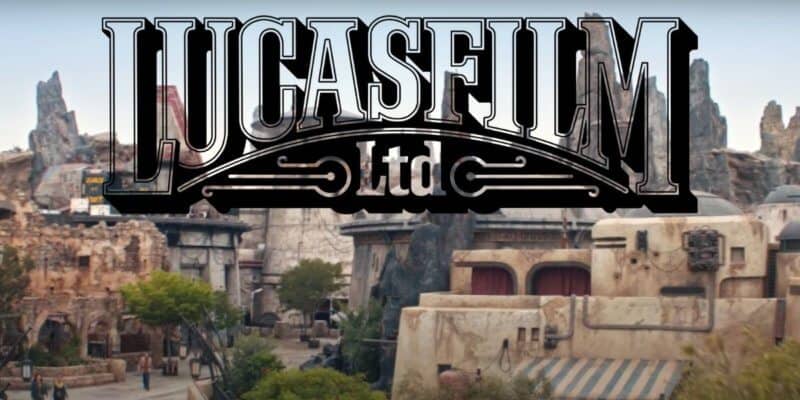 It seems that 2021 is going to be a big year for Disney! With both Disney World and Lucasfilm’s Star Wars franchise celebrating milestone 50th anniversaries, it will be interesting to see how it is all celebrated. Although more details on Disney World’s 50th anniversary are still being awaited, Lucasfilm has already begun to release some details about their upcoming half-a-century birthday.

StarWars.com notes that the:

The celebration will kick off with commemorative, fan-favorite 50th anniversary Star Wars products. The launch starts in January and will continue throughout the year with special edition product releases.

“Consumer products have always been an integral part of the Star Wars fan experience, and they remain a constant force in pop-culture today,” says Paul Southern, Lucasfilm senior vice president, Licensing and Franchise. “To commemorate Lucasfilm’s 50 years of storytelling, we look forward to honoring this consumer products legacy and bringing to life brand-new products, games, and publishing offerings that celebrate our future with Lucasfilm’s exciting feature films and Disney+ series ahead.”

It seems from this announcement that there will be plenty of Star Wars based merchandise headed out way, some of which I am sure the Disneyland and Disney World parks will include (pending Disneyland is able to open up of course). The interesting thing here is that for Disney World to also be celebrating the same birthday as Lucasfilms, it only seems that it would be fitting to have a little something extra in Star Wars: Galaxy’s Edge. Perhaps this could include the merchandise mentioned above, some commemorative food items, special character appearances, and maybe even some added fireworks behind the Millennium Falcon. This would line up perfectly with Disney World’s celebration which is perfect, and give Lucasfilm the nod that it deserves after years of creating amazing content.

We already know that these Archive Collection figurines will be appearing for the 50th Lucasfilm anniversary, and that’s the tip of the iceberg!

The site also went into Lucasfilm’s accomplishment’s over the past 50th years and it is truly incredible and worthy of a celebration:

Lucasfilm was founded in 1971 by George Lucas. Films such as Star Wars and Indiana Jones took the world by storm and revolutionized visual effects, sound design, animation, and other groundbreaking filmmaking techniques. The artists and technicians of Lucasfilm have never stopped innovating and continue to influence the film industry today. The Mandalorian is currently one of top series on Disney+. Across the Company, Lucasfilm has won 29 Emmy Awards, 38 Academy Awards, 32 Sci-Tech Awards, 18 Webby Awards, and 12 awards for ILMxLAB’s groundbreaking work in immersive entertainment. Lucasfilm Publishing has had over 180 books on the New York Times Bestseller List and has won a multitude of awards, including the 2020 GLAAD Award for Outstanding Comic Book. Lucasfilm Games has delighted fans across multiple platforms and genres with games that push the boundaries of interactive entertainment, winning numerous awards including BAFTA Game Awards, D.I.C.E. Awards from the Academy of Interactive Arts & Sciences and Game Developers Choice Award

Disneyland was actually set to host a Star Wars celebration this year! Unfortunately due to COVID-19 and the coronavirus pandemic, things had to change. The convention announced, ” “Due to the impact of COVID-19, we’ve made the decision to cancel Star Wars Celebration 2020. While this news is disappointing, we’re happy to announce #StarWarsCelebration will return to Anaheim in 2022. Full statement with ticket transfers/refunds info at http://starwarscelebration.com.” So it seems that on the west coast, the celebrations will be taking place a year later.

For now, we will just. need to wait and see if Disney World and Lucasfilm team up for the biggest birthday bash of the century! Although nothing has been announced, we are hopeful Disney will have more to share in the upcoming months.

It is important to remember that Lucasfilm is more than Star Wars — the fifth installment in the Indiana Jones movie franchise (yes, Harrison Ford will be reprising as Indy), is also set to start filming next year.

Would you like to see Star Wars: Galaxy’s Edge at Hollywood Studios celebrate the 50th anniversary of Lucasfilms?