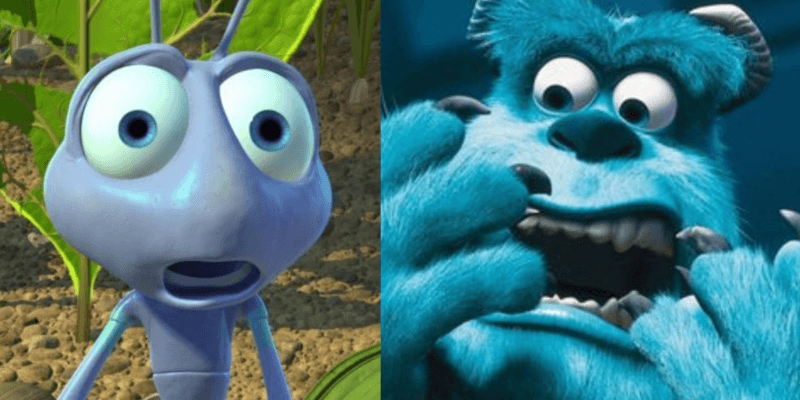 Disney fans can be — how do I put it — over the top sometimes? No offense intended as I’m a massive Disney fan myself. In high school, I’d wear my Vans decked out with Mickey Mouse and the gang almost weekly. I didn’t care what others thought, but I knew I was labeled as the “Disney guy.” While that title followed me throughout high school and now into college, it took some time not to take offense to what is actually an incredible compliment.

Let’s face it, not everyone likes Disney. That’s right, I said it! No taking it back, no sirree. The number of people that mix up Disneyland and Walt Disney World blows me away — and, let’s not forget those who call Donald Duck “Daffy Duck” (when I hear that, I feel sick!). Oh man, don’t even get me started on the number of people who think Walt Disney is frozen in Disneyland!

There’s a stigma that Disney fans are “crazy” people — but that’s not true. We’re just speaking a language that not everyone is accustomed to yet. Inside the Magic Editor-in-Chief, Bailee Abell put it perfectly:

It’s one thing to love Disney and it’s another thing when the love really runs that deep! I never want to be a snob of a “Disney fan,” but it’s true — there are certain people (all of us included) who have such a deep connection to it.

While there’s nothing wrong with being a Disney fan, we can sometimes be intimidating. I know when I start spewing out random Disneyland facts in front of my friends, they tune me out. I don’t take offense to it, as I have other community circles, like Inside the Magic, that embraces the nerdiness.

Disney means something different to everyone. Every square inch of the parks, the frame of a movie, or note in a song can hold a deep and personal meaning to everyone. Each of those things speaks to an abundance of people in various ways and during different times in our lives.

Sometimes, the best thing to do is just let the situation die out. I’m not trying to be a ‘Debby Downer’ starting the list with this one, but some people aren’t yet acquainted with the need for Disney in their lives. Try playing the Classic Disney, Volume 1 on repeat, as well as Disney movies on Disney+ to see if that significant other will give into the love.

However, don’t be discouraged if they write off Disney at first. Keep on trying, but don’t let it bring you down. Whether or not that person likes Disney does not mean you have to give up your passion. Be yourself and be unapologetic. If your attempt to save your friend from boredom (AKA a Disney-less life) becomes an obsession, it’s best to put that difference aside. Believe me, there are too many unbelievers out there!

I mean, not everyone can know how to sing the entirety of ‘You’re Welcome’ from Moana

If your friend or significant other (maybe even a parent) doesn’t understand why you wear a Space Mountain or Robin Hood shirt every Tuesday, give them the benefit of the doubt.

You gotta sit that person down, look them straight in the eye, and start singing You Can Fly! You Can Fly! Then, take them on a verbal tour of Disneyland in the 1960s, and don’t forget to throw in some Instagram shots of your favorite dishes from Epcot’s Food and Wine Festival.

Wait… maybe that’s too much. It’s best if you sit them down and watch a Disney movie or two. I suggest starting with either Zootopia or Moana. Both are loveable, hilarious, and easy to follow. If they seem to be catching onto that Disney drive, Aladdin and Big Hero 6 are great follow-ups.

The key is to slowly ease them into Disney and then let the floodgates open.

From my experience, Frozen, Bambi, and Fantasia are big “no-go’s” for first-timers, as it may give them the wrong impression of Disney. My dad hates musicals, and I remember him writing off Frozen before seeing snowfall on Main Street, USA. He’s still not a fan of the movie but has a deeper appreciation for the film and subsequent attraction at Epcot.

Sometimes the best thing is to ignore those who don’t like Disney. I suggest exiling them and only speaking in Disney quotes so you can confuse them. If that fails, then only play the Disneyland Resort soundtrack in the car and demand you get Panda Express and watch Mulan. If that fails, take them to a local Disney Store or Target, get some sweet Disney merch, and start rocking those Mickey Mouse shirts for Instagram.

See what I did there? Reverse psychology, folks. It worked on my aunt! Before donating my old Disney Parks shirts to her to wear around, she never really cared for Disney. Sure, she’d watch The Litte Mermaid and Cinderella, but’s that was it. I began ignoring her remarks on my love for Disney and sneakily injected some Disney magic into her life. Now, she won’t stop listening to ‘Yo Ho! (A Pirate’s Life for Me)’.

Some may be lucky and that cherished Disney love runs throughout your family. But, if you’re like me, not everyone you’re related to understands your Disney fixes.

The majority of Disney fans are — you guessed it — adults. It’s no surprise considering with many of us who grew up during the “Disney Renassaince” (The Little Mermaid, Beauty and the Beast, Lion King, etc.), are now adults and may even have kids of our own. That rebirth of Disney films imprinted on 1990s kids — and seeped its way into 2000s kids too. Now, Disney Parks and classic songs like ‘I’ll Make a Man Out of You’ are more significant than ever.

Often, you’ll hear, “Disney is for kids,” but that isn’t true. When people find out you like Disney, they think you’re naive or unsophisticated. But as you may know, there’s so much more to those beloved movies, attractions, and songs than meets the eye. Yes, many Disney things are for kids — but not all of them.

Remember, it takes a particular person to love Disney. It’s not wrong if you’re into the same movies that children are into, because that probably just means the movie is fantastic! Let’s face it, it’s boring to be an adult, and sometimes you need to escape. Pop on some headphones, pour a little wine (I don’t drink, but I hear adults like to drink wine), and enjoy the Walt Disney World Official Soundtrack.

1) Take Them to the Parks

If all else fails, take them to a Disney Park.

Often, the understanding of the love of Disney comes once the person visits a Disney Park for the first time. Plan out that experience. Don’t overload them, but make sure they experience a great Disney day!

Disney Parks are more adult-centered than child-focused these days. Walt Disney purposely created Disneyland for adults to enjoy theme parks alongside children, and there’s nothing wrong with that. Frequently, adults are having more fun on Pirates of the Caribbean than kids. If you grew up going to Disney, you likely know it means a whole lot more to you once you grow up. And, technically, you never grow up at Walt Disney World or Disneyland. It’s like you’re on an honorary Neverland island, and Mickey Mouse is your Peter Pan.

Foodies, adrenaline junkies, and musical dorks all find refuge at Disney. Getting that whiff of a churro or hearing The Haunted Mansion music usually does it. Inside The Magic’s Editor-in-Chief Bailee Abell gave a perfect example:

My best friend didn’t see the appeal of Disney Parks for the LONGEST time. All through college, she wouldn’t go with me. Then, a year after graduation, she went on a family trip to WDW, fell in love with Pandora, and is totally willing to visit the parks with me. It’s been a journey LOL.

No matter your age, seeing Cinderella Castle can often create a moment of perfection. Nothing from the outside world can touch you, and for once, you’re at peace. Sometimes the Disney magic is more potent than you thought, and your friend is rocking a new Disneyland hat and eagerly waiting to meet Goofy. That happened to me with one of my closest friends. Before taking him to Disneyland for his first time in 2017, he never understood my Disney nerdiness. He saved up enough money to tag along with my mom and me, and then he experienced a feeling of pure joy when spotting Goofy playing hide-and-go-seek in Disneyland’s Town Square. Now, he’s inviting me on trips!

Visiting a Disney Park is very expensive, but it showcases more magic than any Disney movie or song. The Cast Members put on the perfect show and truly let you be their guest. No doing the dishes, worrying about homework, or dealing with annoying neighbors. The parks change people for the better and make your life a whole lot more magical!

If you want to visit Disney and convert the unbeliever in your life, why not start by planning a trip with them? Click here to get started!

What tips do you have to help deal with people in your life that don’t like Disney? Let us know in the comments below!