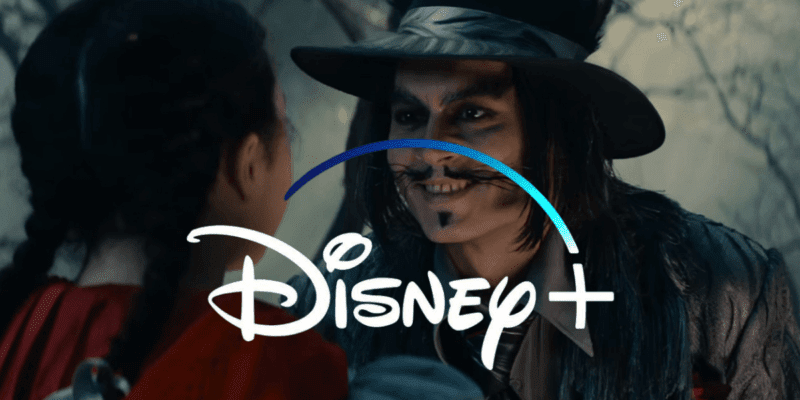 Disney may say that they are done with legendary actor Johnny Depp in regards to new projects like another Pirates of the Caribbean movie, but his previous roles are still being added to the Disney+ content library, and the latest addition arrives this week.

While many fans may know that Depp played Captain Jack Sparrow in Disney’s Pirates franchise, as well as the Mad Hatter in Disney’s Alice in Wonderland remake and Through the Looking Glass sequel, he also appeared in Disney’s 2014 musical film Into the Woods.

Based on the comedy musical by Stephen Sondheim, Into the Woods is a parody of popular Brothers Grimm fairy tales like Cinderella, Rapunzel, Jack and the Bean Stalk, and Little Red Riding Hood. Disney’s film adaptation featured a star-studded cast which included James Corden, Anna Kendrick, Chris Pine, and Meryl Streep.

Johnny Depp had a relatively small yet significant role. He played the Wolf that goes after Little Red Riding Hood, making this the second adaptation of a Sondheim musical he’s starred in. The first was Sweeny Todd: The Demon Barber of Fleet Street with Helena Bonham Carter.

Into the Woods is scheduled to arrive on Disney+ on December 18, 2020.

Amidst Depp’s battle with his ex-wife Amber Heard, he has been removed from his role of Grindlewald in Warner Bros.’ Fantastic Beasts and Where to Find Them series and has been shut down by Disney from returning to his role as Jack Sparrow. It was also revealed that Depp spent much of his time on the latest Pirates film, Dead Men Tell No Tales, allegedly taking large amounts of drugs. During that time, he also gave himself an injury which cost Disney reportedly millions of dollars.

While nothing new with Disney has been set in the pipeline yet, it is very clear to see that Johnny Depp was still able to leave a lasting legacy on Disney films.

Have you seen Into the Woods? What did you think? Let us know in the comments!

Comments Off on Lesser-Known Johnny Depp Film Arrives on Disney+