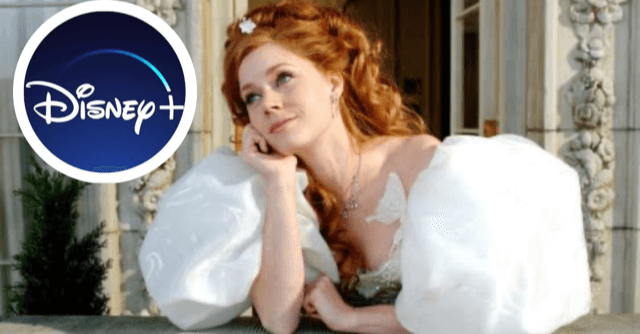 Disney dropped some major news today, especially when it comes to upcoming films and series. With all these new announcements, it leaves us and many Disney fans with the same question — why is Enchanted still missing from Disney+?

This year, Disney already revealed their plans to focus more on media and entertainment. This includes expanding on their streaming service, Disney+ — which already has over 86 million subscribers to date.

During today’s Investors Day event, Disney+ announced that Amy Adams would return to reprise her role as Giselle for Disenchanted! This will be the long-awaited and much-anticipated sequel to the 2007 film, Enchanted.

Disenchanted will be directed by Adam Shankman, who will also be directing the highly anticipated Hocus Pocus sequel! Shankman announced back in March of this year that Disenchanted was in pre-production. We don’t know if the sequel had any production setbacks due to the pandemic, but we can hope the film is coming soon.

And other than the return of Amy Adams, we currently don’t know if James Marsden or Patrick Dempsey will also be returning. But, I think we speak for everyone when we say we hope Alan Menken comes back for the music!

Although Enchanted was a theatrical release, Disenchanted will be exclusively available for streaming on Disney+. But, what does this mean for Enchanted? Ever since Disney+ was originally introduced last November, the film has been missing from the streaming roster and fans have always wondered why.

There really is no clear answer as to why Enchanted has been omitted from Disney+ extensive catalog. But as we’ve speculated in the past, it could have something to do with Disney waiting to announce the sequel before bringing it to the streaming service!

So, now, only time will tell. But we’re willing to bet that Enchanted will be making its debut on Disney+ a lot sooner than later and help create buzz as viewers wait as patiently as they can for Disenchanted! We will keep you updated on these films as more news continues to develop.

Will you be watching Enchanted when it finally comes to Disney+? Let us know in the comments!

Comments Off on Will We Finally Get ‘Enchanted’ on Disney+ With the Sequel Confirmed?