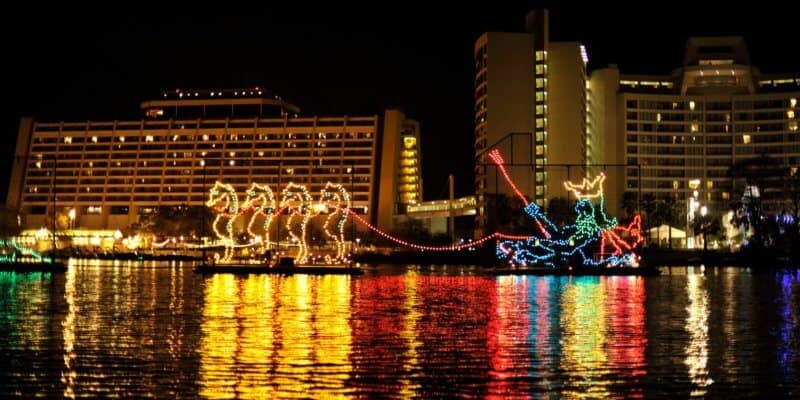 Back in June, Disney announced its iconic Electrical Water Pageant would not be returning for the time being, but today marks a magical day for Disney World Guests as the resort officially brought back the fan-favorite attraction!

Guests have been anxiously waiting for Disney to bring back this water show attraction as it has been spotted being tested for quite some time now, including having the barges out on the lake in November and even having the barges lit up and working on the sound system just a few days ago.

And now, Guests can once again see this beautiful show light up the Seven Seas Lagoon as Disney officially brought back the Electrical Water Pageant! Check out some of the reactions from its first night back on the lake:

I can hear the toot-tooooot of the WDW Resort launches tonight so I *think* I should be able to hear the Electrical Water Pageant from my back porch soon ????

And here was a live video courtesy of YouTuber Samantha Low of the debut! Check it out:

More on The Electrical Water Pageant

In case you aren’t familiar, the Electrical Water Pageant is a floating nighttime parade that takes place on Seven Seas Lagoon in the Magic Kingdom area. It showcases several different sea creatures as they light up the lagoon, all synchronized to some familiar songs. Disney describes this water attraction as:

Guests can catch the show at various times and locations around the Magic Kingdom area. Walt Disney World has recently updated its website and breaks down all the updated information on where to catch the Electrical Water Pageant:

Are you excited to see the Electrical Water Pageant return? Let us know in the comments below.