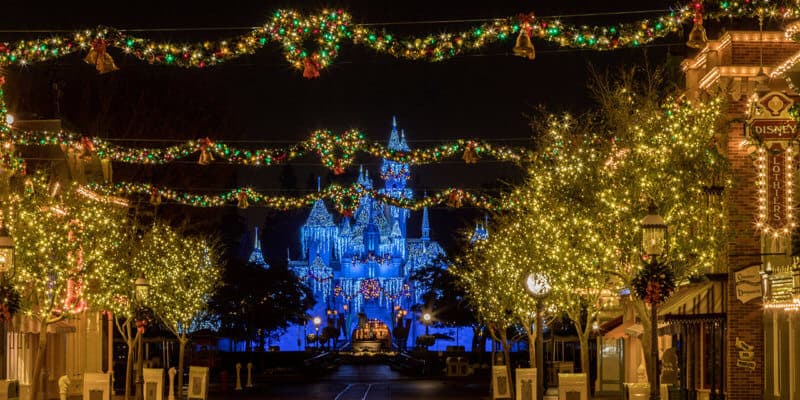 More restrictions are now in place at Disneyland Resort, as Downtown Disney and Buena Vista Street had to decrease operations. Currently, Guests are allowed to shop at Downtown Disney and in select locations inside Disney California Adventure. Disneyland Park still hasn’t opened its gates since March…but could that change?

On November 19, Disneyland Resort partially reopened Disney California Adventure for shopping and dining only. Guests were able to eat, drink, and be merry on Buena Vista Street, which is currently operating as an extension of the Downtown Disney District. But now that dining has been temporarily suspended on Disneyland Resort property due to state restrictions and the stay-at-home order, many Disney fans are wondering when the resort will decide to open more of the parks — specifically, when they will reopen Main Street, U.S.A.

For reference, here is a complete list of shops on Main Street and in Town Square.

You may be thinking, Without eating or drinking allowed, why would Guests still visit Disneyland Resort right now? Face masks are required, and all we can do is shop!

But there is a huge demand for Disney magic in Southern California right now — the theme parks are not currently operating, and they have been closed since mid-March. It’s all but guaranteed that as long as some part — albeit a small area — of Disneyland Resort is open, Guests will visit. People are still visiting Downtown Disney and, by extension, Buena Vista Street, even though Carthay Circle has temporarily closed again, churros aren’t for sale, and Guests can’t enjoy a Starbucks from Fiddler, Fifer & Practical Cafe. And if Guests are still embracing the magic of DCA, it’s highly likely they will want to do the same for Disneyland Park.

Opening Main Street as another expansion of Downtown Disney operations would allow more Guests to visit Disneyland Resort property. Currently, retail capacity in Southern California is capped at 20%, so opening up more retail space on Disneyland property would allow more Guests to visit while still keeping with state regulations and social distancing protocol. And, of course, opening up more shops at Disneyland Resort will require more Cast Members to come back to work.

It was recently announced that Disney is laying off thousands more Cast Members at Disneyland Resort. And with the temporary closure of onsite dining at Downtown Disney and Buena Vista Street inside Disney California Adventure, 350 Disney Cast Members have been furloughed again. In abiding with state regulations and keeping consistent with the health and safety protocol currently in place, Disney could reopen Main Street, U.S.A. for shopping — allowing more Cast Members to return to work.

In line with CDC and state regulations currently in place, shopping centers in California are allowed to be open — as long as they continue to monitor capacity and are enforcing safety protocol. Given this, it seems reasonable for Disneyland Resort to be able to open Disneyland Park for shopping, even if capacity is strictly limited and Guests are only allowed to meander Main Street and Town Square.

Of course — as always at Disney Parks and Resorts, but especially now — safety should be a top priority. So even though it can be argued that Disneyland should open Main Street as soon as possible, it should also be noted that the reopening should only take place as soon as it is deemed safe to do so, whether that is tomorrow, next week, or next month. Disney has not yet shared any plans for opening Main Street in time for the holiday season, and the current pandemic is still ongoing, with virus cases continuing to rise. It’s clear that the theme parks of the Disneyland Resort will not be able to open anytime soon. But with the recent announcement of more shopping coming soon to the Downtown Disney District, many fans are holding out hope that good news is to come for Main Street, U.S.A.