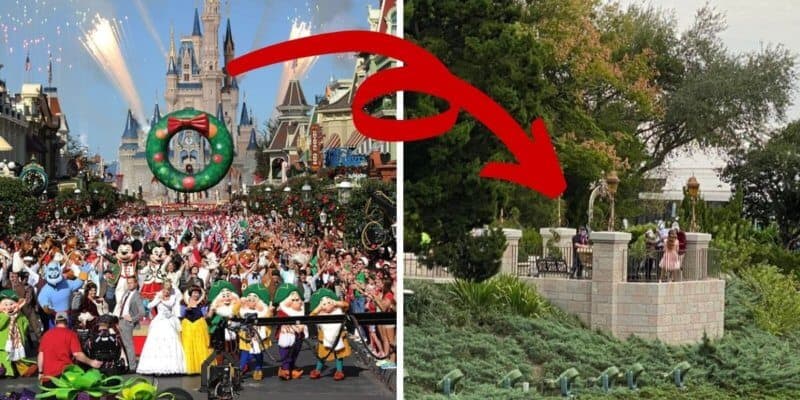 We could all use a bit of Disney magic and holiday cheer this year, and what better way to get into the holly jolly spirit than to see Disney officially kicking off filming for its annual Disney Christmas Celebration special, which airs Christmas Morning on ABC!

There’s still time to enter our 25 Days of Holiday Giveaways! Get the details and start entering now!

Many families tune in Christmas morning to watch the annual Disney Parks Christmas Special, also known as the Disney Parks Magical Christmas Day Celebration, on ABC every year as they watch incredible musical numbers and the iconic Christmas Day parade. However, for 2020, Disney has already confirmed this year’s special would be reimagined due to the current pandemic.

Well, we have some exciting news regarding this year’s Christmas special as Disney Parks took to Twitter to confirm that filming has officially kicked off for the Disney Christmas Celebration at Walt Disney World, which will be hosted by Tituss Burgess.

Today we kicked off #DisneyChristmasCelebration filming at @WaltDisneyWorld Resort! Check out this message from co-host Tituss Burgess @Instatituss and tune in Christmas morning on @ABCNetwork! ? pic.twitter.com/GMEx5TW8EP

Disney Parks also confirmed that Trevor Jackson will be performing on the Disney Christmas Celebration, which will air on ABC on the morning of Christmas Day.

Tune in December 25th to the @ABCNetwork #DisneyChristmasCelebration to see @TrevorJackson5 perform from @WaltDisneyWorld Resort. Plus, check back tomorrow as we reveal more special guests. pic.twitter.com/5EaOkWKEQw

And now, thanks to Disney fans on Twitter, we are seeing some of this filming taking place this morning! The DVC Duo snapped this photo, which is located near Tomorrowland at Magic Kingdom, showing that Disney is currently filming for the upcoming Christmas Day special!

And yesterday, Disney Annual Passholder, Rick, was inside Magic Kingdom and snapped this photo, who looks to be country music duo Maddie and Tae!

He also snapped this photo of the filming crew near Cinderella Castle along with Cast Members who are blocking off sections of the park for filming.

And here’s a short clip Rick was able to record of the filming that took place inside the park yesterday.

Disney Parks announced they would be releasing more information regarding what performance Disney fans can expect this year! Inside the Magic will update you as we get this information as well — stay tuned and Happy Holidays!

Does your family watch the Disney Parks Christmas Special every year? Will you be watching this year? Let us know in the comments!

Subscribe to our newsletter below for all of the holiday news from Disneyland and Disney World!