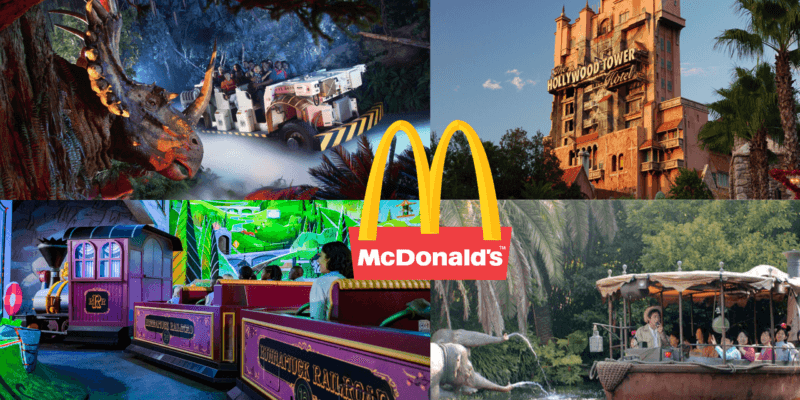 We’ve just seen that perhaps the best Happy Meal toys to appear at McDonald’s in quite awhile are coming soon. The best part? They’re themed after some of the most popular attractions at the Walt Disney World Resort.

While McDonald’s has yet to confirm the release of these Disney World Happy Meal toys, the image below looks like official material to us and, if rumors are true, they will be hitting McDonald’s restaurants on November 17.

The image is a little unclear, so let’s go through each of the figures here and the attractions they are based on:

All of the figures look like they come straight from the new Mickey Mouse shorts, which suggest this collection has been released as part of the celebration of the new Minnie and Mickey’s Runaway Railway attraction at Disney’s Hollywood Studios. Better yet, if you manage to get your hands on the entire 10-piece collection, you can join them together to create a 10-car train.

Happy Meal toys like these have become collectible items over the last few years and we certainly see this collection doing very well at McDonald’s restaurants in the coming weeks. We have a feeling there will be more adults than kids queuing up to get their Happy Meal toy!

Will you be picking up a Happy Meal or 10 to try and secure the new Walt Disney World toy collection? let us know in the comments below!