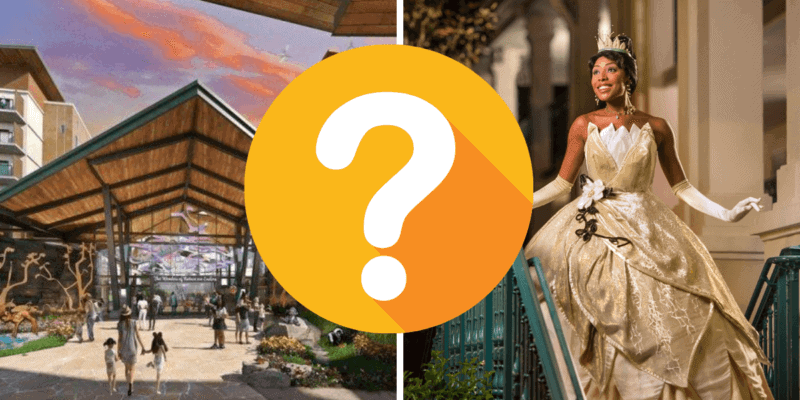 With all of the hectic changes happening at Walt Disney World due to the ongoing coronavirus pandemic, we have noticed that one project has been silently pushed to the side. Reflections- A Disney Lakeside Lodge which had already begun construction has had no updates — or even a mention — from Disney in a very long time.

What is Reflections- A Disney Lakeside Lodge?

We don’t blame you if you scratch your head and can’t remember where you have heard that name before. The previously announced resort was supposed to be built on the site of the defunct River Country water park. Work on the lodge has already begun and in fact, has not completely stopped amid rumors of Disney pulling the plug on the project.

Disney may have taken away the information of Reflections from their DVC website, however, work permits continue to be filed for the project.

Is Disney Still Moving Forward With This Project?

In a recently posted video to their YouTube channel, which highlights new attractions, entertainment, and other projects that are coming soon to Disney parks around the world, we noticed that Disney showcased the new DVC tower that is being built on the opposite coast, in Disneyland. However, the interesting part is the fact that this video had no mention of Reflections.

Disneyland may still be in the early phases of its reopening process and it has been unable to fully reopen any of its theme parks, but, it seems that Disney is still wanting to move forward with the plans for the DVC tower to be constructed as an addition to the Disneyland hotel considering it was highlighted in the video.

It is interesting that Disney is promoting this Disneyland Hotel DVC project while not at all mentioning Reflections – A Disney Lakeside Lodge. Perhaps this means the project has been put on the shelf indefinitely or even fully canceled? As we previously mentioned, patents continue to be filed and some construction continues at the planned site of the resort, but with absolutely no updates or mention from Disney, things are not looking up in its favor. Keep in mind, we do not know anything for sure until Disney releases an official statement on the matter.

While the plans for the resort were set to embrace the beauty of nature that we find around us, Reflections- A Lakeside Lodge would have also integrated Disney characters into the design. Also supposed to be featured at the resort was the highly anticipated restaurant themed to The Princess and the Frog movie.

A restaurant themed to this beloved animated movie truly excited fans when it was first announced, but now fans are left wondering if this project will get off of the ground.

Disney has not given any official statement regarding Reflections – A Disney Lakeside Lodge, much to the dismay of fans who are left in limbo. Even if the project is simply on hold indefinitely, fans would benefit from a sincere update on the project. If Reflections is a canceled project, that is understandable given the circumstances of 2020. But until we have official word from Disney, we will not know what is going on with this new resort that is now shrouded in mystery.

Here is a photo from Disney fan @bioreconstruct on Twitter which showcases what the site of Reflections – A Disney Lake Side Lodge looks like as of November 14th, 2020.

Aerial look at site where Reflections: A Disney Lakeside Lodge is planned. pic.twitter.com/Y9aWLiOIkx

In contrast the new Star Wars hotel, The Galactic Starcruises is nearing the finish line and Disney has recently released photos of the highly themed rooms to a mixed response. But, information on this new resort has been widely available as the resort continues through its construction.

So what do you think? Do you believe that Reflections- A Disney Lakeside Lodge is canceled? Or simply put on hold? Let us know your thoughts in the comments!

We can help you book a fabulous Walt Disney World vacation, click here!