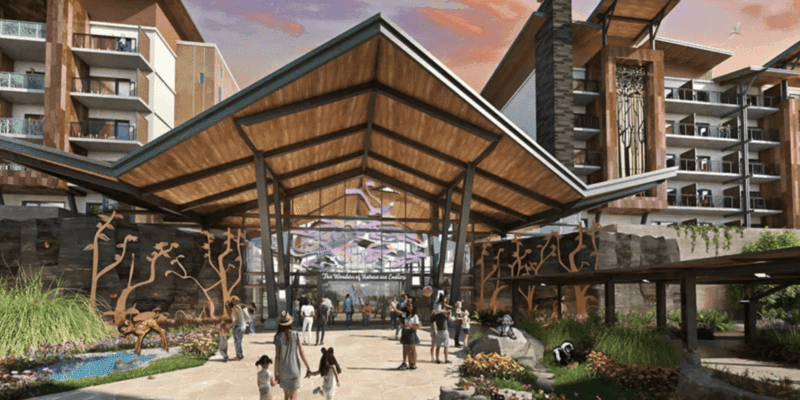 These changes were nearly all due to the coronavirus pandemic. EPCOT, which is currently undergoing a massive reimagining, saw the most construction plan alterations, but other projects were also impacted.

The address on the permit, 4500 Big Pine Road, is that of the Reflections – A Disney Lakeside Lodge site. This Disney World construction permit is for “General Construction,” which could be anything from removing leftover debris to an indication that the Disney Vacation Club project is back on.

It is important to remember that The Walt Disney Company has not made any official statements regarding the current status of Reflections – A Disney Lakeside Lodge.

The only thing Disney has done is to remove information pertaining to the DVC resort from from an old Disney Parks Blog post about projects announced at last year’s D23 Expo.

Reflections – A Disney Lakeside Lodge was set to be a nature-themed Disney Resort that paid homage to the beauty of the scenic world around us.

In these artist renderings of the proposed property, we see that the lobby was set to feature a Pocahontas statue and what appears to be a stone or raw quartz check-in desk.

The hotel was also supposed to house a Princess and the Frog themed restaurant, perhaps similar to Tiana’s Palace on Disney Cruise Line.

We do not yet know if work on the latest Disney Vacation Club property will ever resume or if this new permit is for the removal of previously used construction equipment. Stay tuned to Inside the Magic for additional details about this developing story.

Were you looking forward to staying at Reflections – A Disney Lakeside Lodge? Do you hope the project will resume at some point?