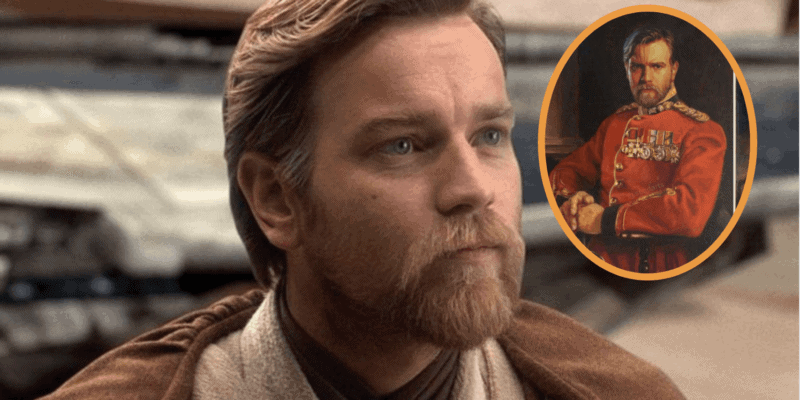 Star Wars fans are nothing if not creative when it comes to paying homage to their favorite characters. Remember baby Jar-Jar Binks?

Now, Obi-Wan Kenobi (Ewan McGregor or Alec Guinness, depending on the trilogy) has been given the Star Wars fan art treatment.

Scad Arts (@scadarts) has reimagined the skilled Jedi Knight as historic military generals and the results are nothing short of amazing.

In an Instagram post, Scad Arts captioned four images of Kenobi in various stages of his life with simply, “The Hello There Collection.”

Alec Guinness, of course, was the original Obi-Wan. He played the iconic role of “Ben” Kenobi in Star Wars: Episode IV – A New Hope (1977).

Ewan McGregor’s portrayal of Anakin Skywalker’s Jedi Master in the Star Wars prequel trilogy was arguably one of the few bright spots in the entirety of Star Wars: Episodes I, Episode II, and Episode III.

Fans of McGregor’s character — and, really, who isn’t? — have the upcoming Obi-Wan Kenobi Disney+ series to look forward to. Although an official release date hasn’t been announced, the series — tentatively titled Pilgrim — is set to begin filming in March 2021 following a coronavirus production delay.

Summary.org shared this official teaser of the streaming series, which will feature Deborah Chow (The Mandalorian) as showrunner:

“Tatooine, a desert planet where farmers work hard under the heat of two suns. Meanwhile, they try to defend themselves and their loved ones from the Tusken marauders. A planet behind the edge of civilization. And a place where it would be unlikely to find a Jedi master or an orphan child on whom the future of the entire galaxy weighs on its small shoulders.”

What do you think about Obi-Wan Kenobi drawn as historic military generals? Are you looking forward to the Obi-Wan Disney+ series?