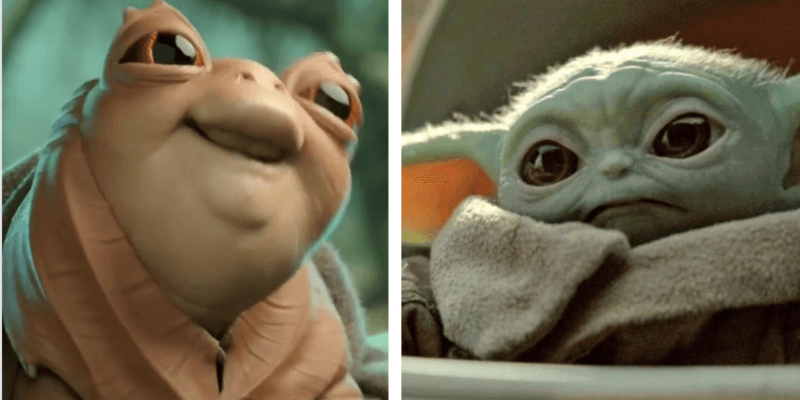 The Child’s popularity has sparked all sorts of inspiration on the internet, including a baby Darth Maul fan edit. Now, Instagram user @leovitiart has created an animation of baby Jar Jar Binks that just might be the new cutest thing in the Star Wars universe!

Is BabyJarJar cute enough now? ? Little something I've been working on with my good animator friend @giampaolo.simone. Do you wanna see more? Let me know in the comments ? SOUND ON! ?

No matter what you think about Jar Jar Binks, this animation of the character as a baby is too adorable for words!

Followers loved this rendition of Jar Jar, leaving comments like:

This isn’t the first time Leonardo Viti, the artist behind @leovitiart, has delved into recreating Star Wars characters. Last year, he shared two posts of baby Jabba the Hutt. Baby Jabba is a 3D model instead of an animation.

The little Jabba is really happy for all the love he received ? Here is a short turntable video ?

The artist suggested that his tiny, surprisingly cute version of Jabba could be the new star of The Mandalorian. We’re not sure he’s got what it takes to upstage Baby Yoda, but we do love this impressive Star Wars fan art!

Sorry guys I could not resist… Baby Jabba! Could this be the new star in @themandalorian? Or maybe someone else…? I'm open to suggestions! Let me know in the comments ? For more swipe ? or go to https://www.artstation.com/artwork/W2o6eQ

As the Star Wars fan community anxiously awaits Season 2 of The Mandalorian this October, fan art like this is a fun distraction!

In addition to the development of a third season of The Mandalorian, the Walt Disney Company is working on numerous other new shows set in the Star Wars universe. Disney and Lucasfilm executives have confirmed that the Obi-Wan Kenobi series, Pilgrim, is moving forward and an animated Bad Batch series is in the works for 2021.

What do you think about the baby Jar Jar Binks animation?