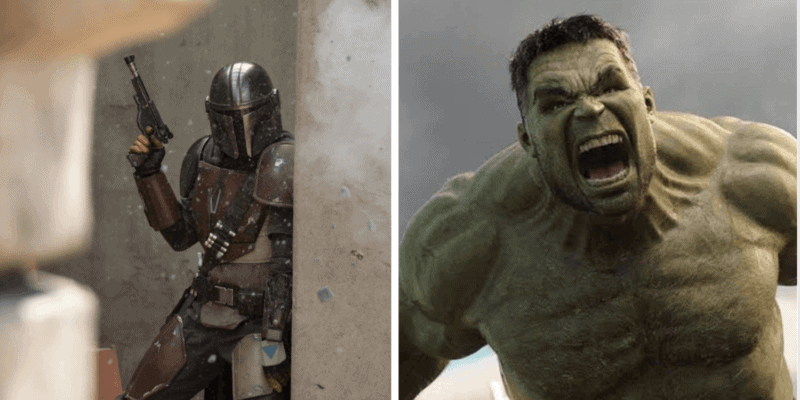 Ever since Disney purchased Marvel Studios in 2009 and Lucasfilm in 2012, they’ve been churning out content for both franchises.

From the immensely popular Avengers movies — Avengers: Endgame (2019) broke all sorts of box office records — to the hit Star Wars Disney+ series, The Mandalorian, The Walt Disney Company has worked overtime to make sure these two popular franchises stay on top of their game.

Now, Marvel star Mark Ruffalo (The Hulk) and The Mandalorian lead Pedro Pascal (Din Djarin) have had a hilariously social media debate about which franchise is better.

It all started when Sanden Totten — co-host of American Public Media’s Brains On! podcast — Tweeted:

You think your side can top @ChrisEvans @RobertDowneyJr @MarkRuffalo?

Ruffalo, who is known for his active social media presence, didn’t take long to respond, writing:

The #Avengers all the way

The #Avengers all the way ?? https://t.co/GfyvT6IkzU

Pascal, for his part, responded to Ruffalo with battle noises:

Ruffalo Tweeted back at Pascal with an intense Hulk GIF and the comment:

Both MCU and Star Wars fans were loving the hilarious social media exchange, responding with comments like:

I can’t choose. I love both and always will.

I can't choose. I love both and always will.

A crossover we need

A crossover we need

Exactly Pedro what you said

exactly pedro, what you said

Whose side are you on? Marvel or Star Wars?

Next up for both franchises are multiple Disney+ series, including the female-centric Star Wars show helmed by Leslye Headland and, for Marvel Studios, WandaVision (January 2021) and The Falcon and the Winter Soldier.

Don’t miss all the latest Star Wars and Marvel Cinematic Universe news by signing up for our newsletter below.